Living near to the new GE Plant in north Fort Worth has its advantages so for today we will stray from the Missouri trip account to show today’s catch.  This morning around 9:30 am I heard from friend Troy Minnick that two of the new ES44ACI’s under construction for Roy Hill in Australia were coupled up and looked like they would be tested today.  I met Troy on the public road at the north end of the GE test track just south of Justin around 11:00 am and we waited in the hot sun for something to happen.  The first thing that did happen was southbound Amtrak 821 just before noon.  I wanted to catch the head end just before it reached the “Justin” water tower in the background but as you can see I was a second too late. 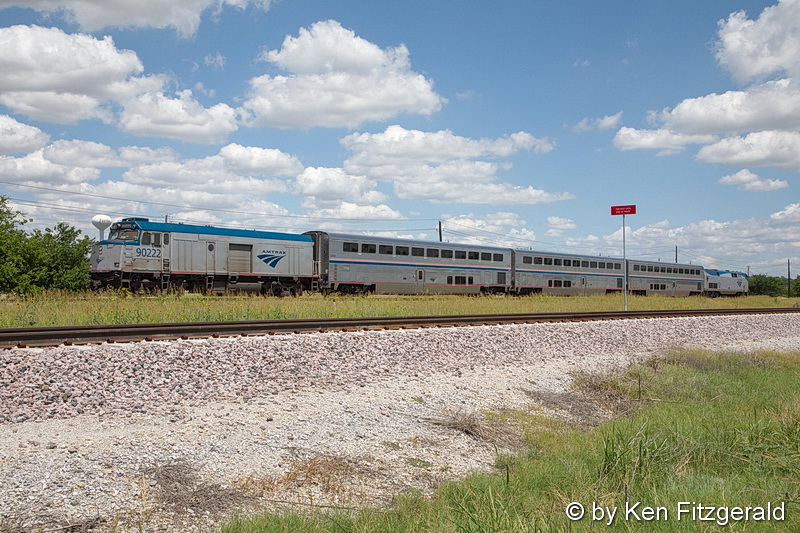 At 12:47 pm still no Roy Hill units but now a northbound BNSF freight. 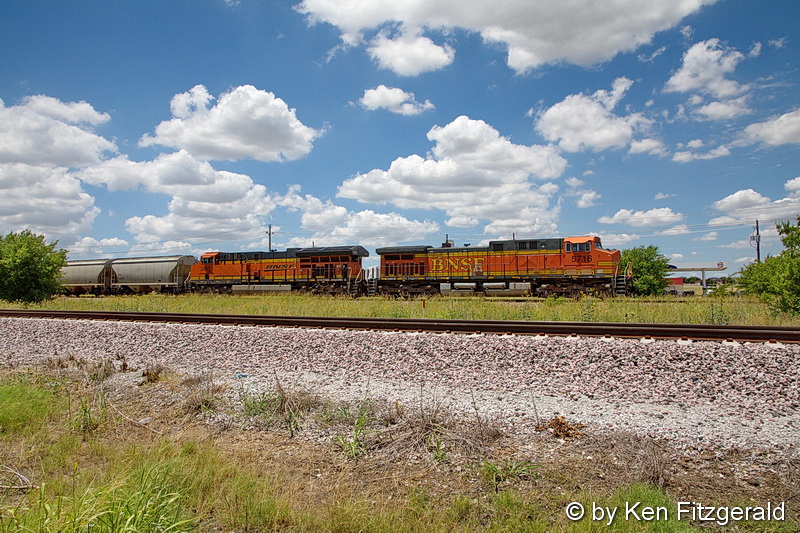 More time passed and at 1:27 pm the northbound Gainesville local came by led by B40W number 543 that itself emerged from this same GE factory not too long ago after a rebuild. 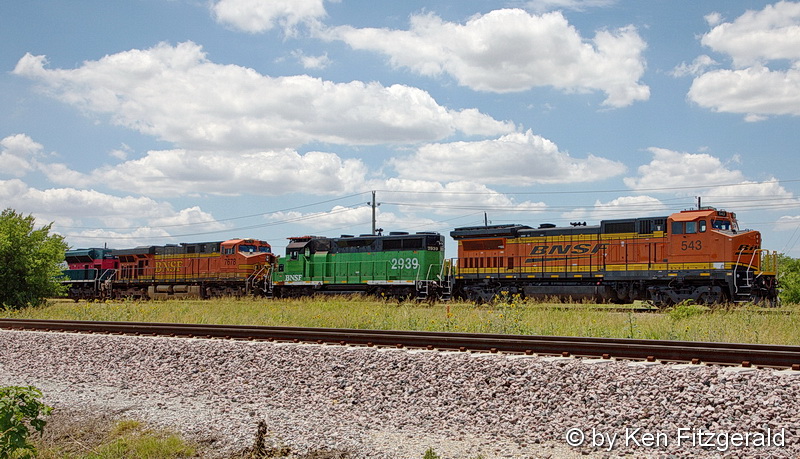 Shortly afterwards at 1:36 pm the stars of the show arrived.  ES44ACI’s number 1023 and 1024 are two of three units completed for what I understand is an order for five locomotives painted in this unique scheme to honor the Susan Komen Foundation. 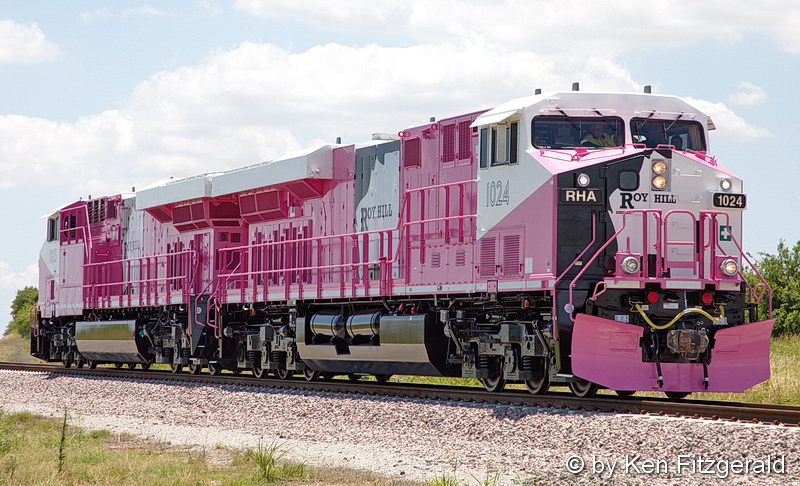 The units pulled north of the crossing and stopped for the on board technicians to make changes to their sensors which gave me this opportunity. 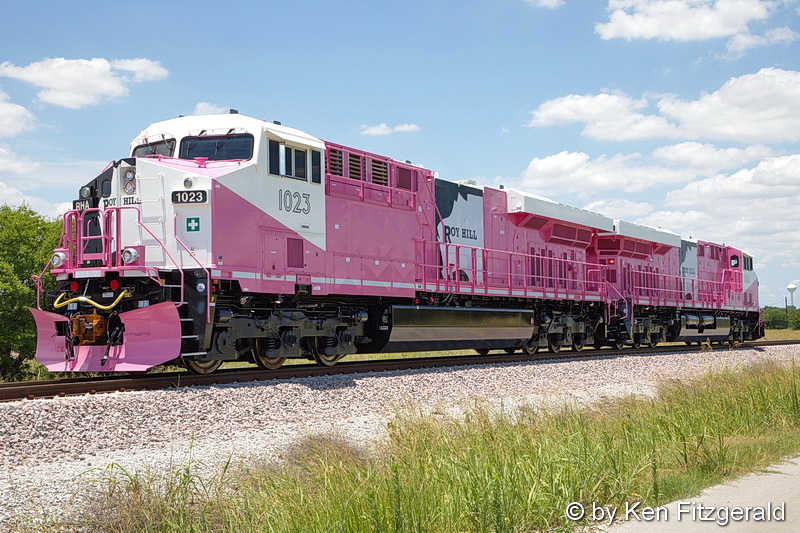 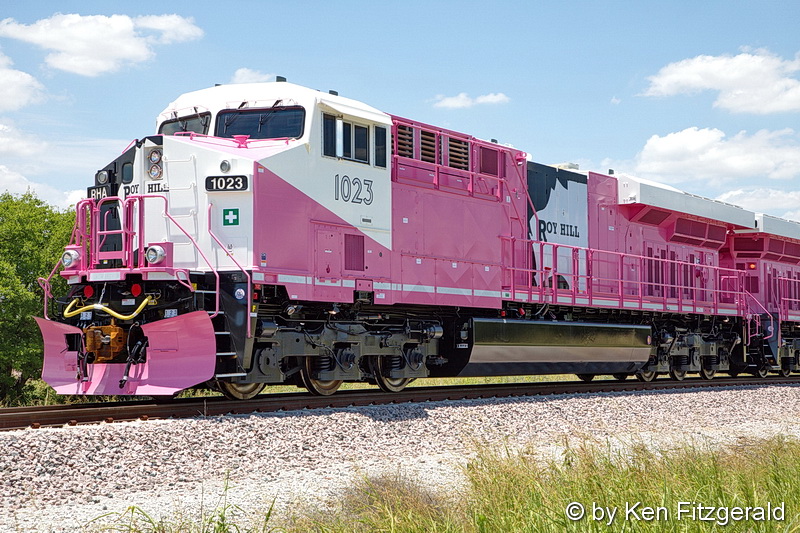 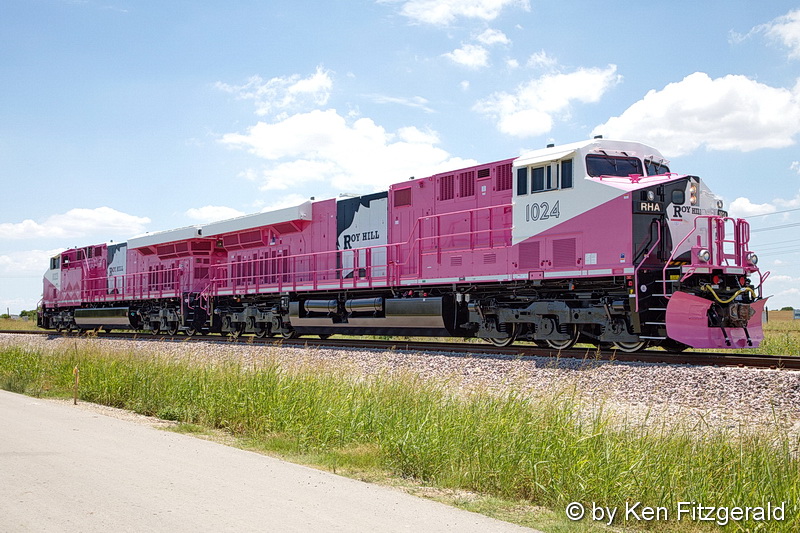 Friend Barry Byington has been getting excellently lit early morning / late evening photos of the individual units so far but I was happy with these mid day photos of the pair.  The sun was slightly on the west side of the tracks by now back at the crossing so Troy and I took up a perch on a rock pile and were ready when the units moved back south at 2:20 pm. 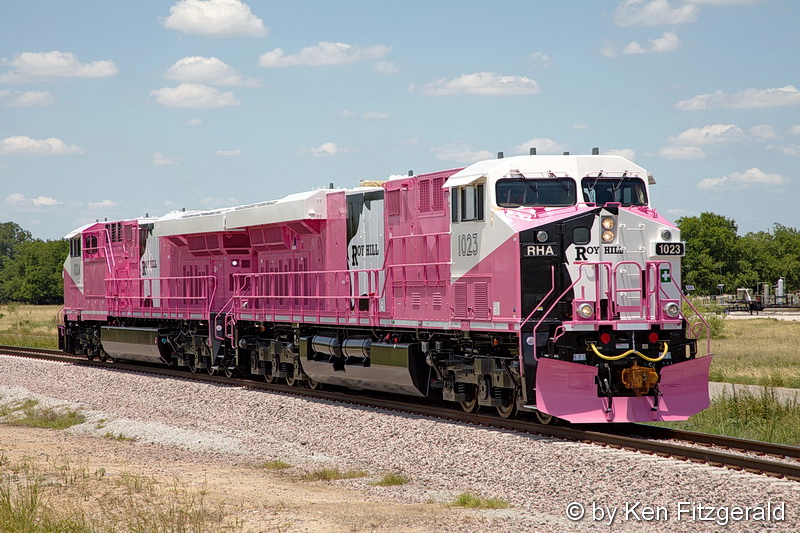 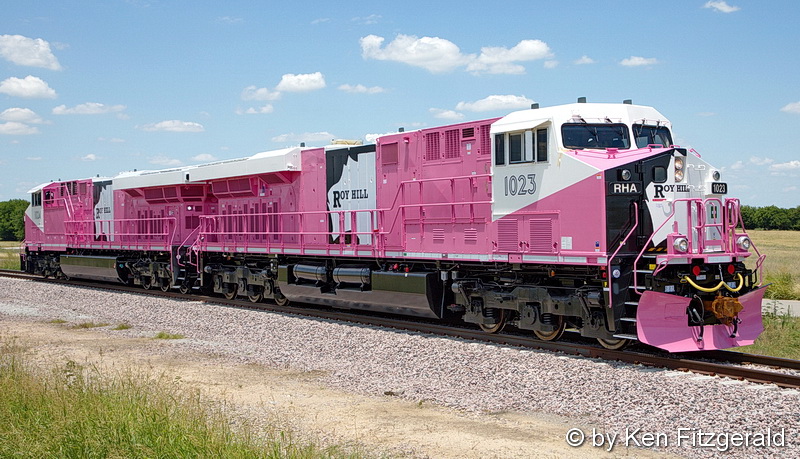 We had been hoping for a southbound BNSF to come along while the units were still north of the crossing where we could get both side-by-side but naturally this did not happen until the Roy Hill units had passed by. 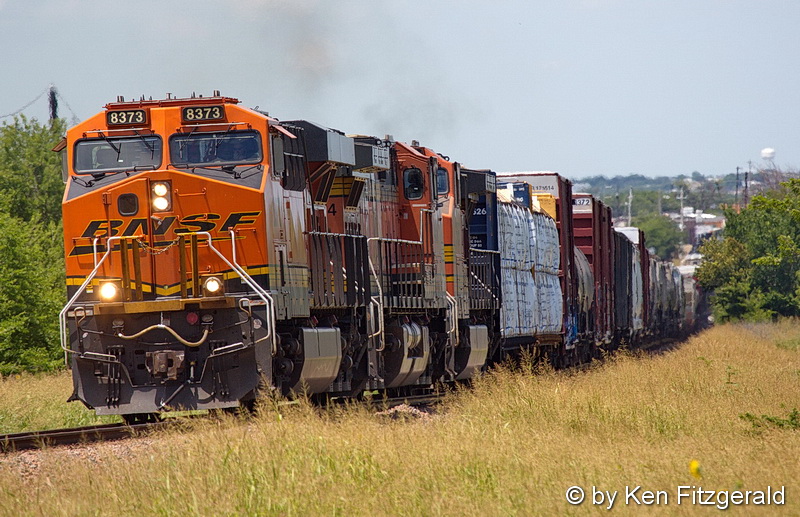 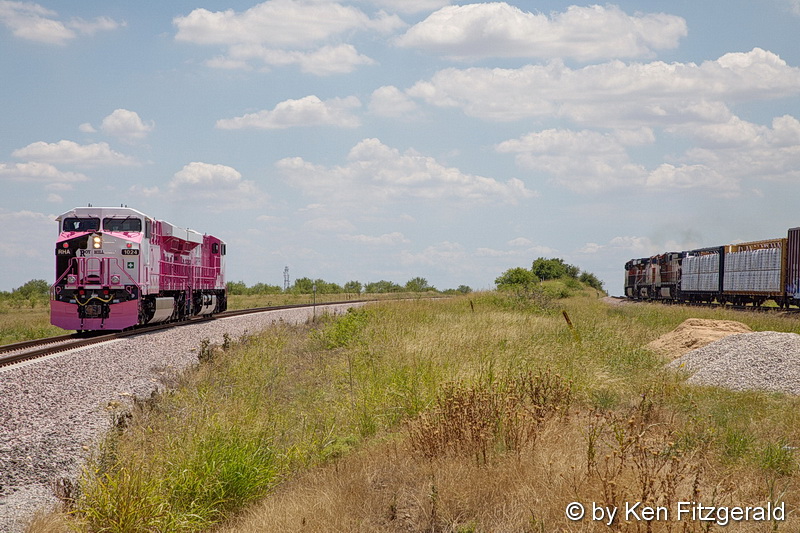 One more going away telephoto shot capped the photo session as I needed to get to an appointment back in Fort Worth. 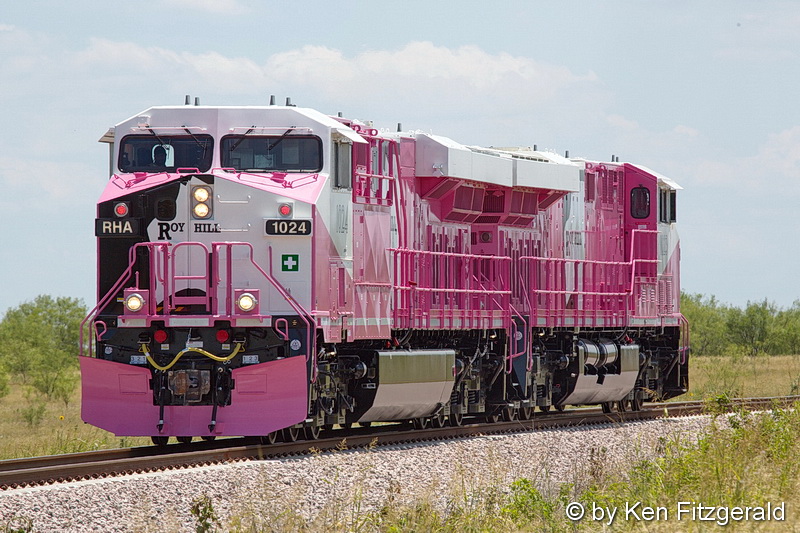 For those who desire to learn more about the Roy Hill rail operation in western Australia, here is a link to their website:  https://www.royhill.com.au/overview/rail/

Amtrak On The Road Back to Normal