My lifelong interest in railroads began when I was five years old and  a family friend who was a yardmaster for the AT&SF in Sweetwater, Texas put me on a yard switcher for an hour. Here is a picture of me and  Herman Burge with Santa Fe FT 411C in the background. 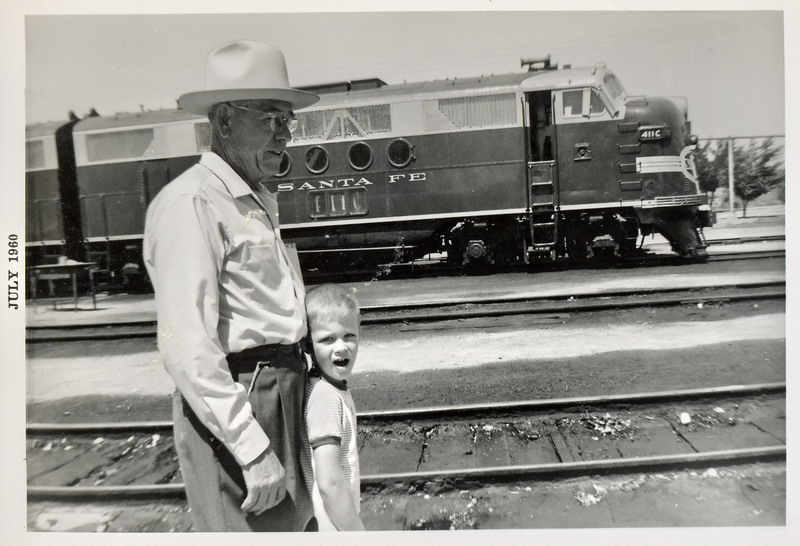 My parents were both from the Sweetwater area and while we spent most summers there, my father worked for Trans World Airlines and we lived in Wilton, Connecticut on the New York, New Haven & Hartford’s Danbury branch. 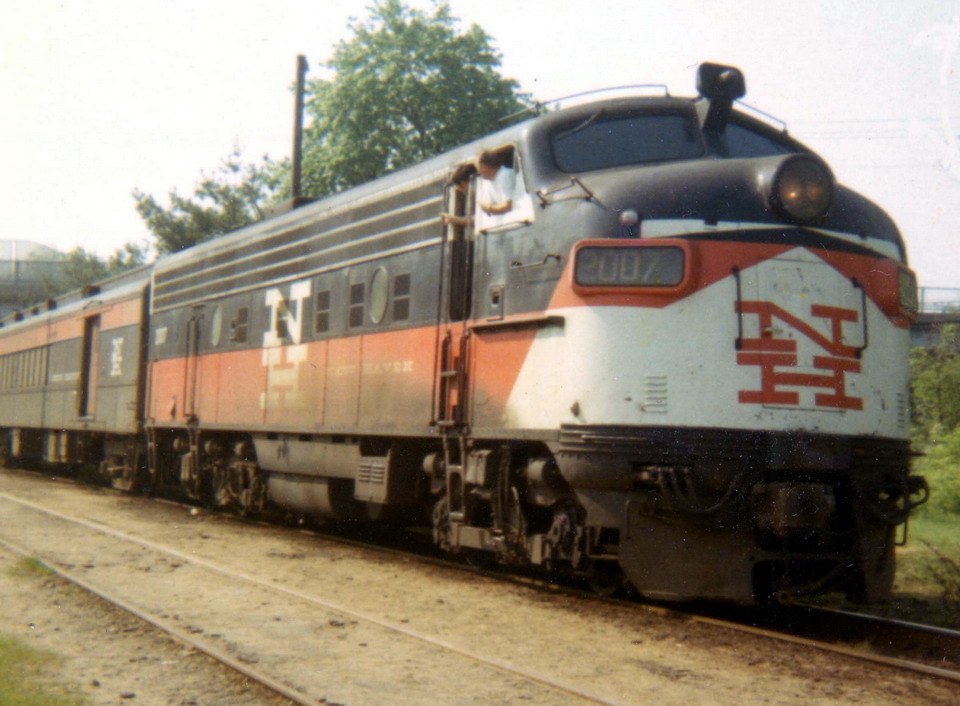 While in Sweetwater I always wanted to visit the yard office, and the employees did not mind my being there. At age 15 I had to read all the manuals and rule books and pass a test before being allowed to run a GP7 on the long spur leading to one of the local gypsum plants. While next to impossible today, this was not unusual in rural Texas in the early 1970’s. Back home in Wilton I spent most of my free time at the depot, and with the agent’s blessing was allowed to operate the levers to set the train order signal. Frequent cab rides on FL9’s and RDC’s between Norwalk and Danbury were also the norm in those days once the crews got to know me as a serious and safety conscious young man.

A photography course at age 12 led to a life-long combination of the two interests that has culminated in having my work published in numerous books, magazines, calendars, and an annual speaking engagement at the George Bush Presidential Library in College Station, Texas. I wrote and photographed my first feature story about the Fort Worth & Western that appeared in the October 2001 issue of Railfan & Railroad; and the cover shot of 2-6-0 #2248 at night at the Fort Worth Stockyards helped to make that one of the magazine’s all-time best selling issues. 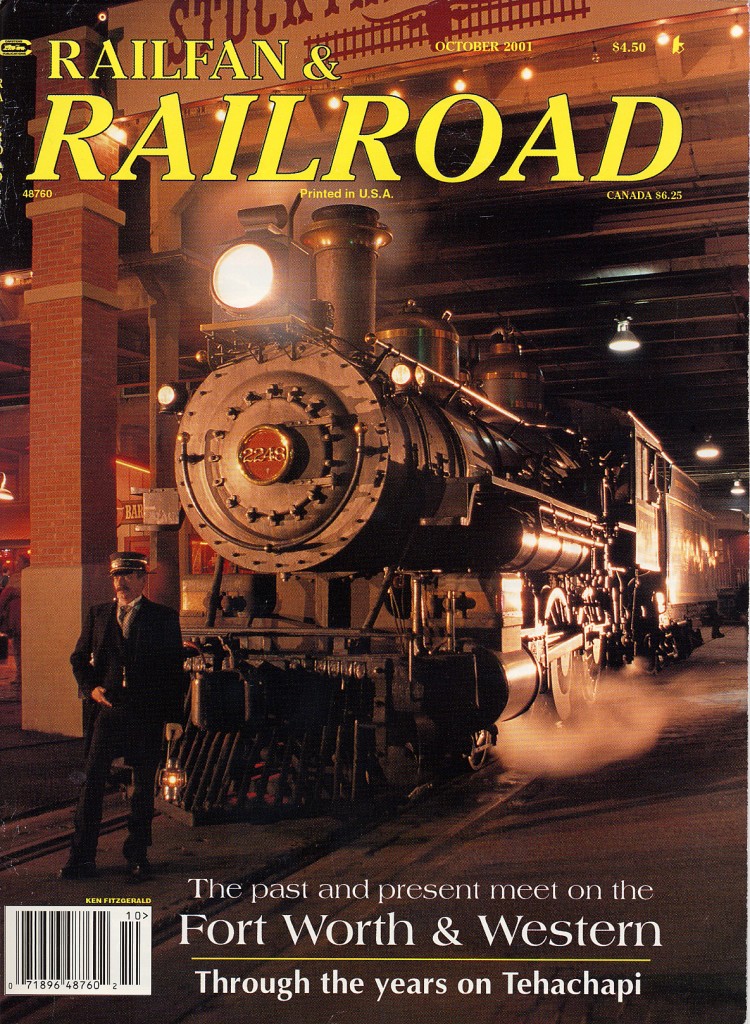 In 2003 I set a goal to get on the radar at Trains Magazine, so I entered their annual photo contest and accomplished the unequaled feat of winning the grand prize back-to-back in 2004 and 2005.  Also in 2004 I capitalized on the fact that some of my photographs were given to and well received by BNSF CEO Matt Rose and contacted him directly. He immediately approved my proposal to photograph their Abo Canyon expansion and other projects for their internal and external use.

My work also found its way to the right people at the UP and I was asked to be their primary photographer at the Democratic and Republican national conventions in 2008. For two weeks I lived on the executive passenger train first in Denver, Colorado and then rode the train to St. Paul, Minnesota while photographing company officials and approximately 1400 state delegates who visited the train in both cities.

I have been given regular assignments since then, including choosing locations in advance and then via radio stopping UP 4-8-4 #844 at those spots for posed photographs during the 2012 “Valley Eagle” trip through Texas.  Most recently I documented the 100 million dollar Fort Worth Tower 55 upgrade project for both the UP and the BNSF from beginning to finish in 2014. 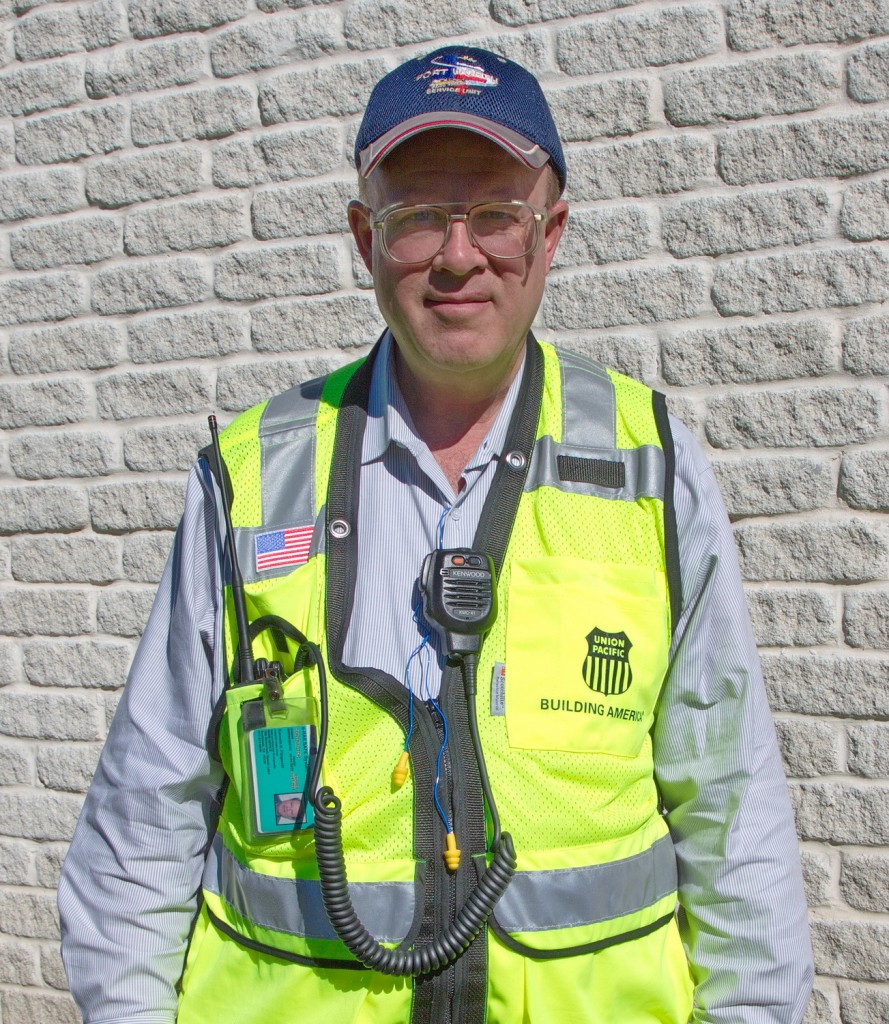 As an outgrowth of performing this type of work for the BNSF and the UP I have become an e-Railsafe certified contractor to both railroads with a photo ID card that allows me to be on railroad property while wearing required personal protective equipment. I am also the company photographer for the Fort Worth & Western and other short lines near my home outside Fort Worth, Texas. In 2016 I began working as the still photographer for the TexRail project to build a light rail line from downtown Fort Worth to DFW Airport.