I finished the nightly photo upload to BNSF before we reached Guthrie on the first leg of our overnight jaunt to Springfield, Missouri.  There was a full moon out again and after a shower I propped myself up in the queen size bed under an extra blanket to watch the scenery flash by my now darkened windows.  Using Google maps on my iPhone I could easily see where were at any given moment.

This is a part of the old ATSF Railroad that once again I am very familiar with.  Since photos out the window at passenger train speed of 55 mph were not an option, here are a few memories of this line from the 1980’s.  First up is a southbound ATSF #325 freight with four Geeps led by chop-nose #2110 around Waterloo, Oklahoma climbing the long southbound grade between Seward and Edmond in August of 1984. 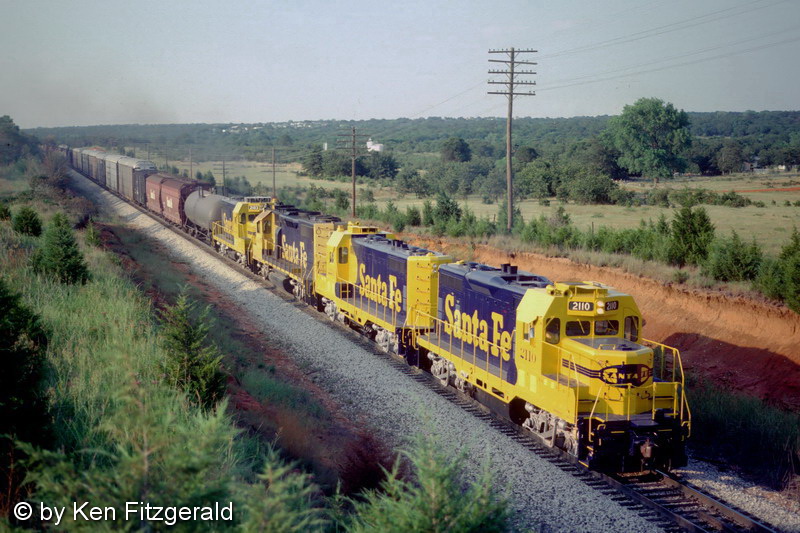 In May of 1980 the Santa Fe ran a director’s special from Topeka to Houston, and here we see the train northbound on the return trip heading downgrade towards Seward with three FP45’s up front.  Some of the cars on the train in the photo are probably also on the train I am riding on past here thirty-seven years later. 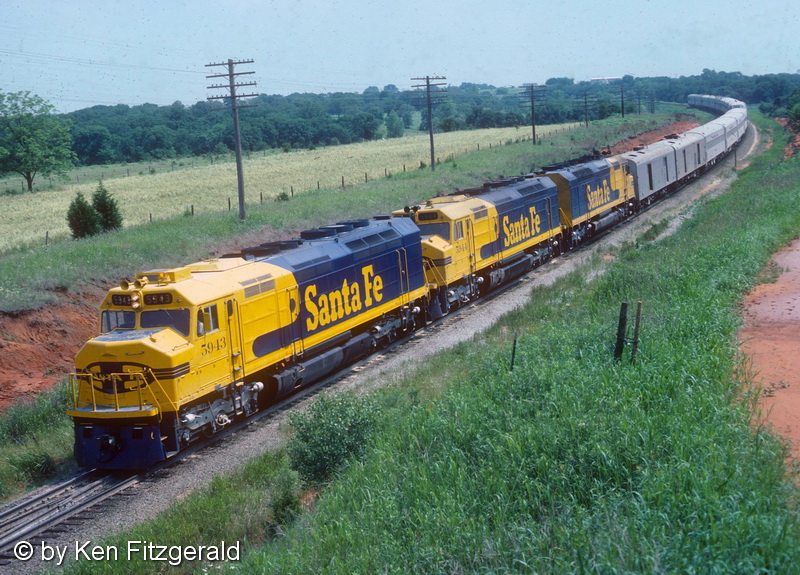 In about an hour we reached Black Bear north of Perry where at 35 mph we traversed the connector onto the Avard Sub eastbound towards Tulsa.  Here is a southbound ATSF train at Black Bear back in 1981 when the Avard Sub was a Burlington Northern ex-Frisco operation.  What is now a CTC-controlled welded rail connector between the two back in 1981 was a lightly-used interchange track with hand-throw switches.  If I remember correctly the Pawnee Local used this connector and trackage rights to reach its namesake town. 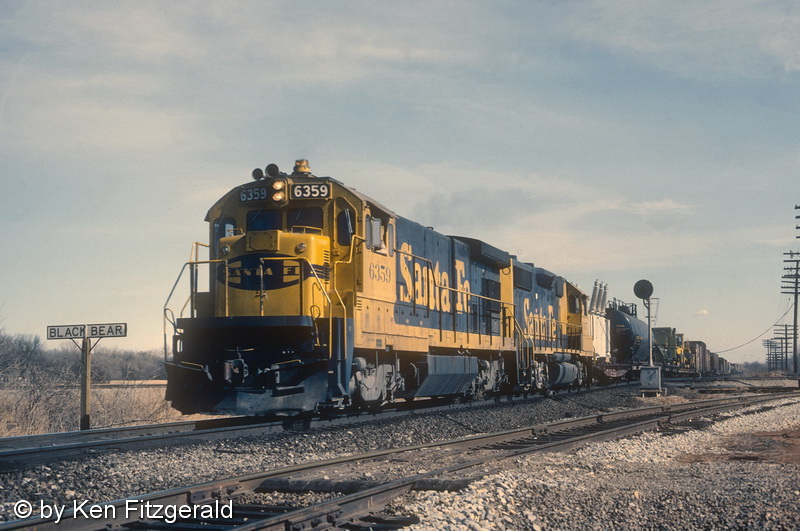 Now that we were on the Avard Sub our passenger train met the requirements for a maximum speed of 70 mph and we cruised smoothly east through the night.  Here are two more photos from my files back in the 1980’s on the Avard Sub.  In the first view in 1986 we see an eastbound train led by six SD40-2’s crossing an arm of Keystone Lake just west of Mannford, Oklahoma. 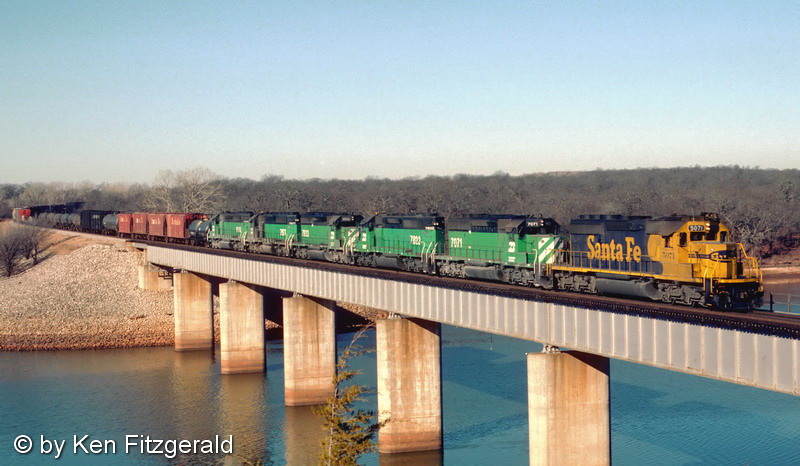 Five years earlier in 1981 east of Mannford, Oklahoma near Keystone State Park an intermodal train is climbing the grade westbound out of Tulsa paralleling the Arkansas River.  This shot is difficult to duplicate today due to tree growth. 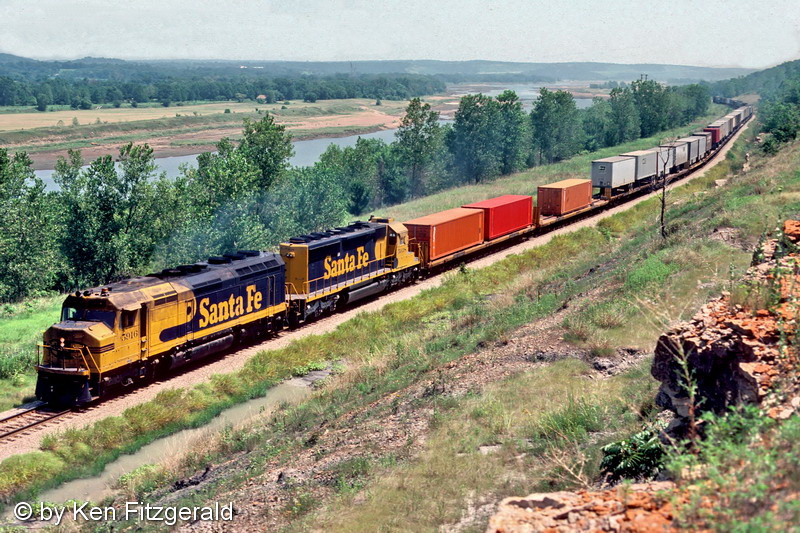 I woke up once as were passing through Tulsa after we made our crew change and then slept until just before sunrise when we eased to a stop on the outskirts of Springfield, Missouri.  I looked out the window and saw we had stopped on the Cherokee Sub at the junction with the Fort Scott Sub on the west side of town.  Three DPU’s on a loaded coal train coming off the Fort Scott Sub from Kansas City were easing into the yard to the right of us in this photo. 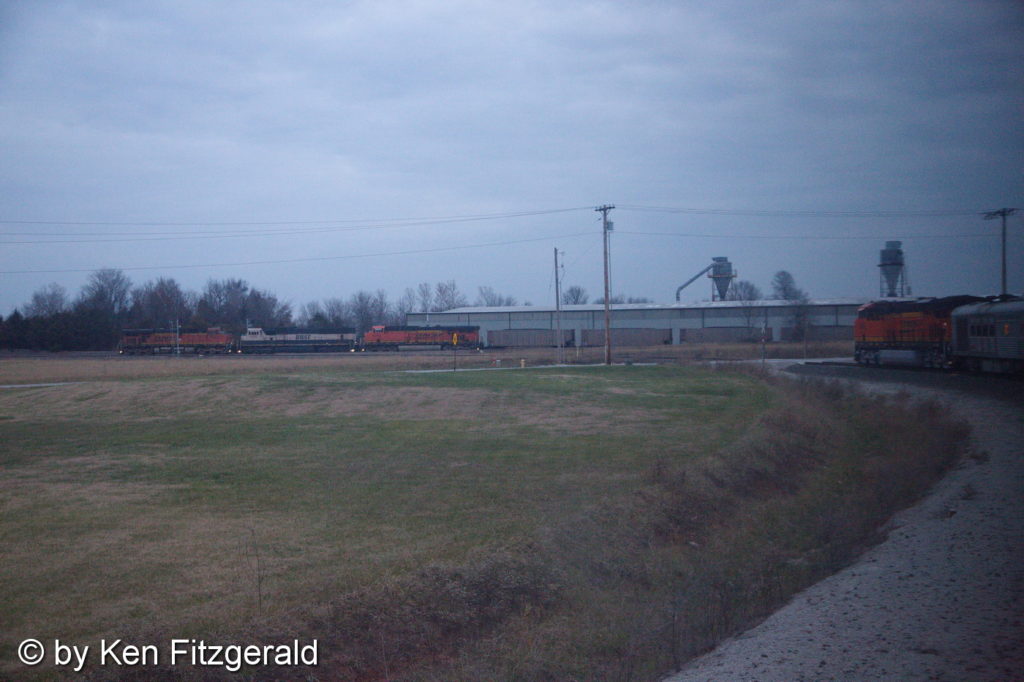 Here is the view from my window looking back towards the rear of our train. 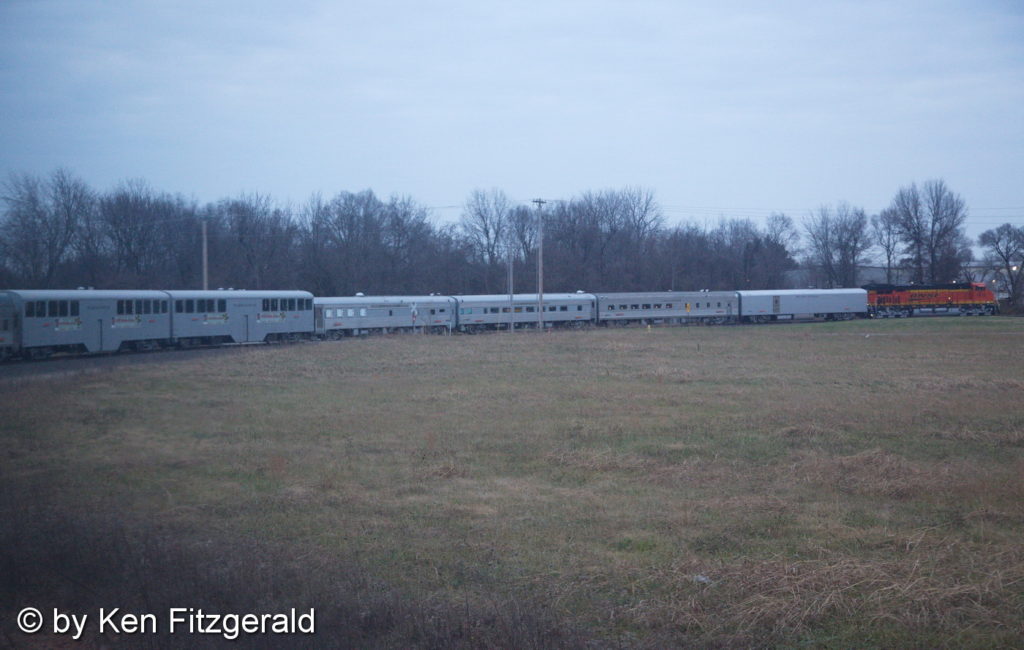 Soon we pulled out onto the Fort Scott Sub and then reversed direction to the yard where we pulled into our designated track.  As we arrived a hot intermodal train from Memphis to Los Angeles left town to head down the Cherokee Sub we had just vacated. 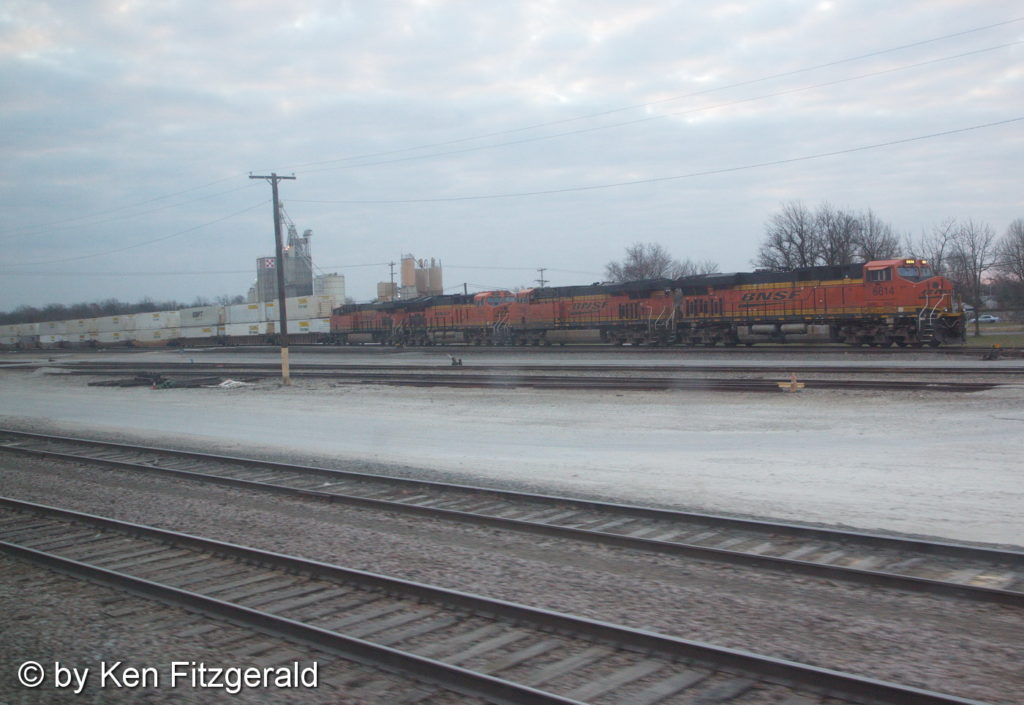 After breakfast the sun came out and I checked with the train manager that we would not be moving from this spot anytime soon.  I put on my PPE and hit the ground to walk a bit and capture this view of the engine terminal. 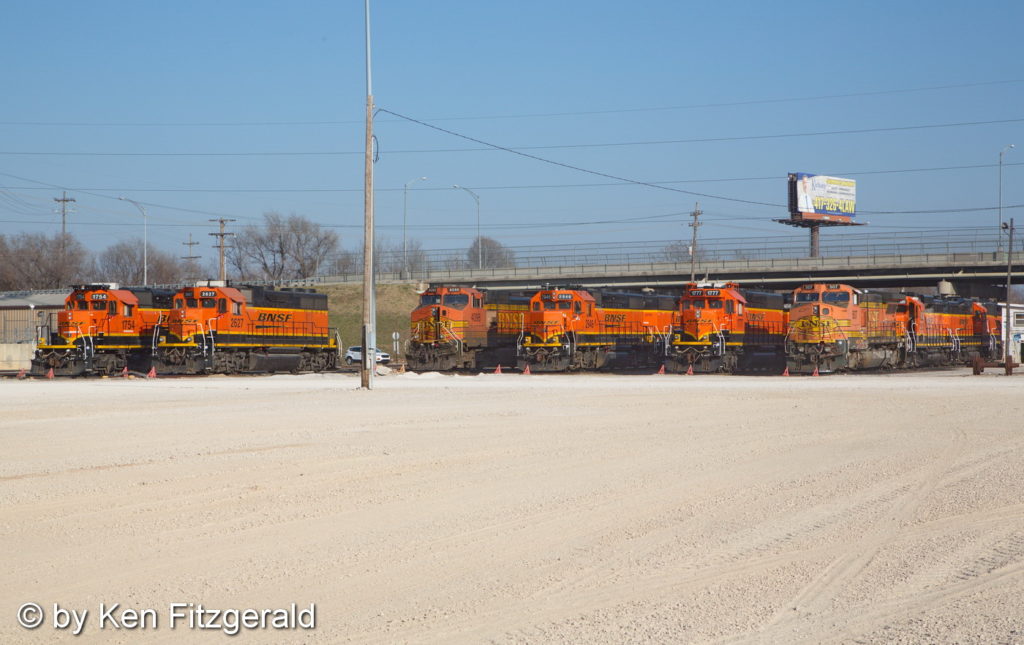 Also nearby were three locomotives whose time on the BNSF is growing short judged by their physical condition.  First up was ex-Frisco SW1500 #315 which has now been reclassified with Great Northern reporting marks. 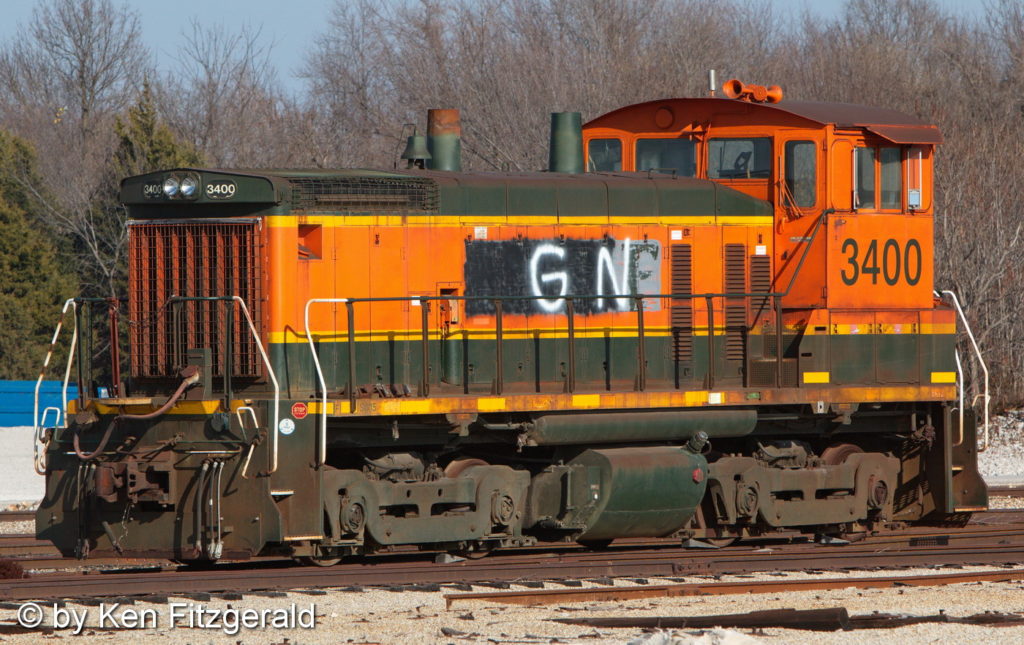 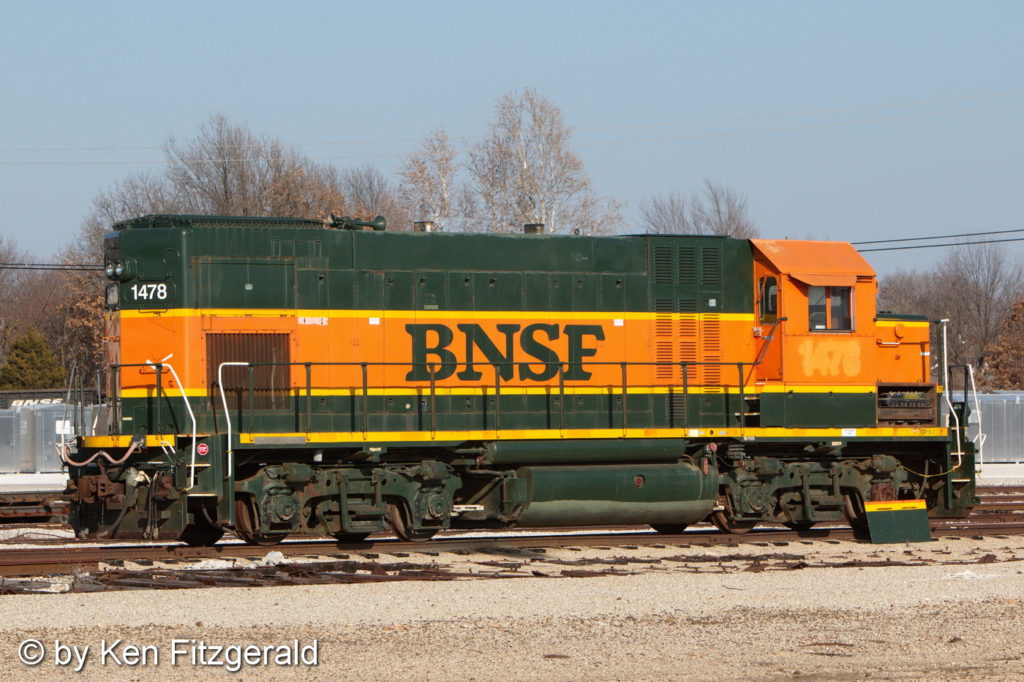 Last up was ex-Frisco SW7 #302 which ended its career as the Burlington Northern 77. 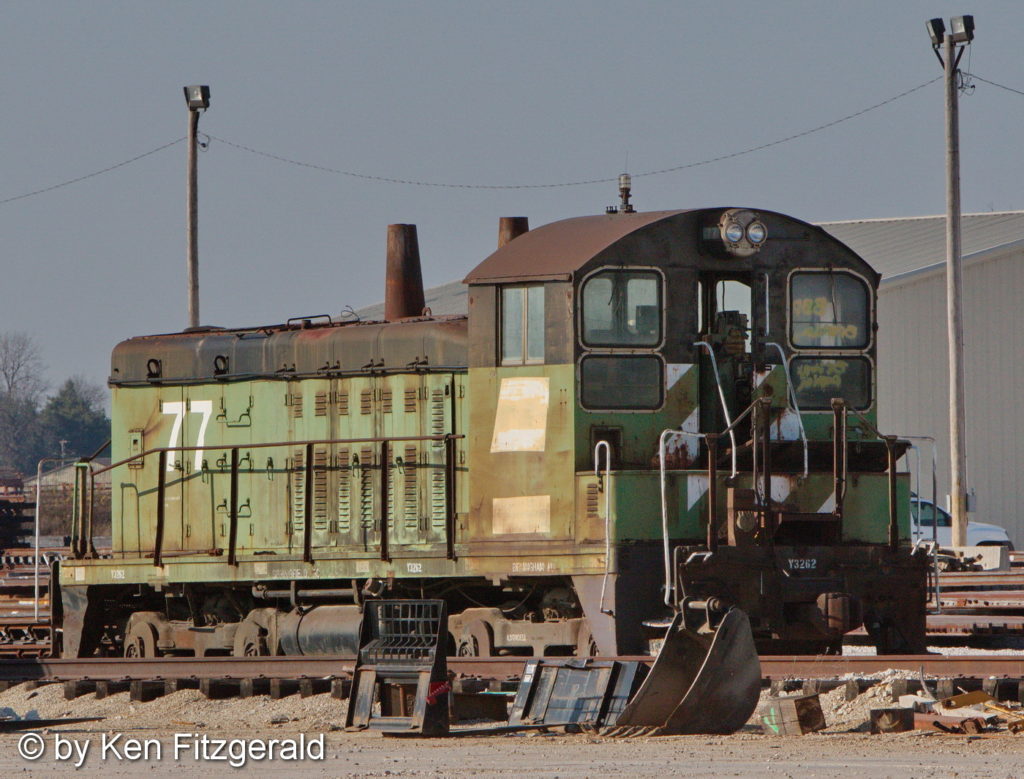 To reference how old I am getting to be, I checked my files and came up with this “not so great but can never shoot it again” slide I took of Frisco #302 in Tulsa, Oklahoma on October 5th back in 1974. 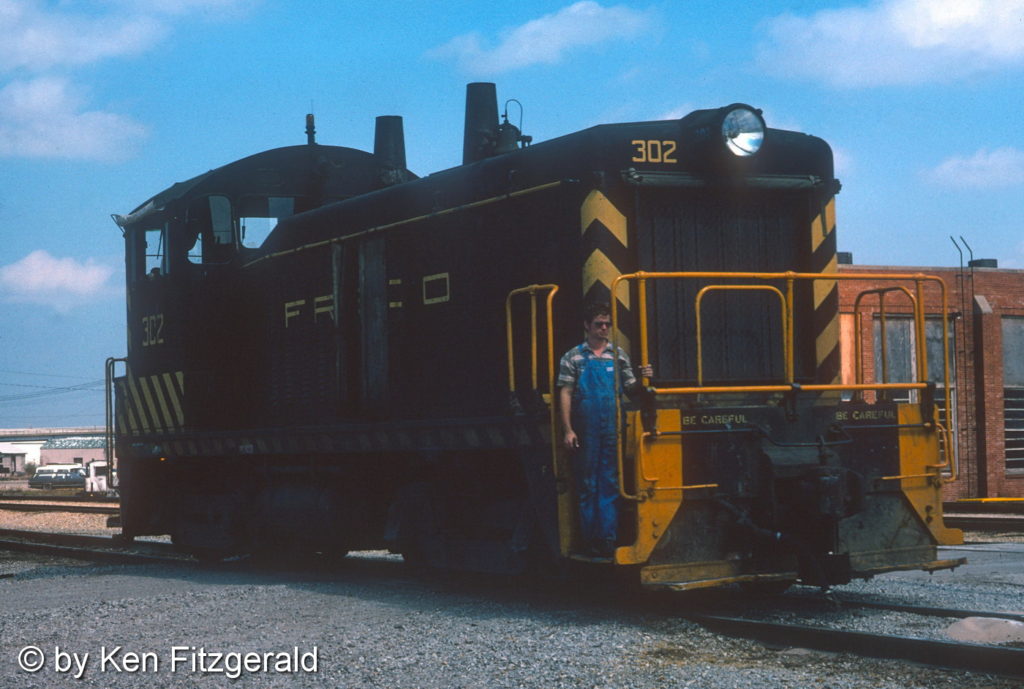 Later in the afternoon it was time for boarding and these two views give you an idea of the crowd of invited military guests. 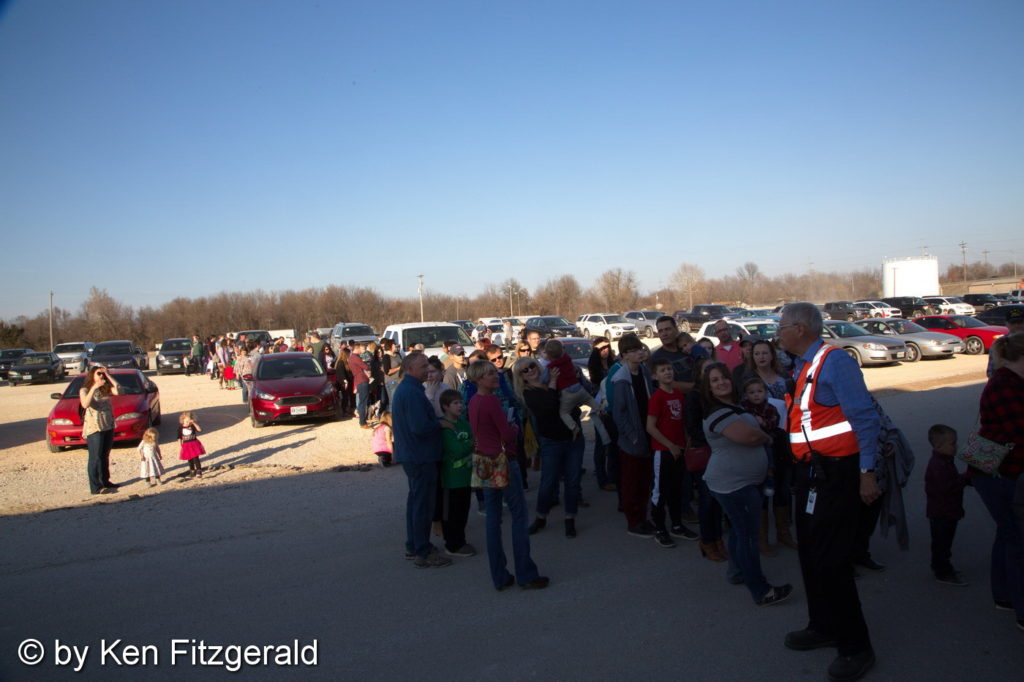 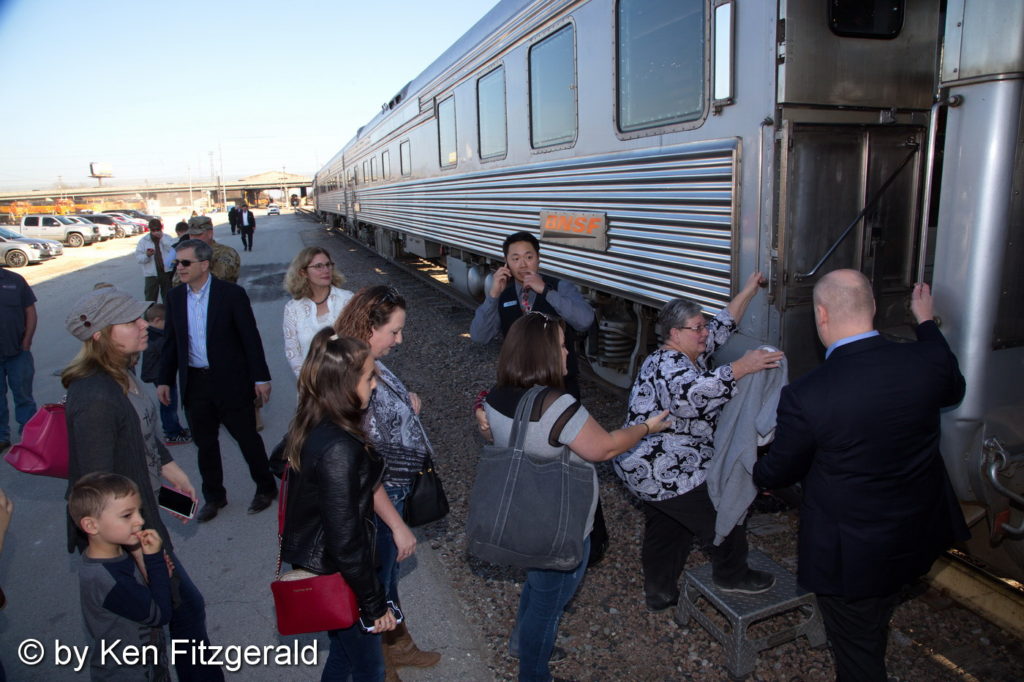 Here are two on board photos during the ride to give you  a feeling for the fun atmosphere and sea of smiling faces. 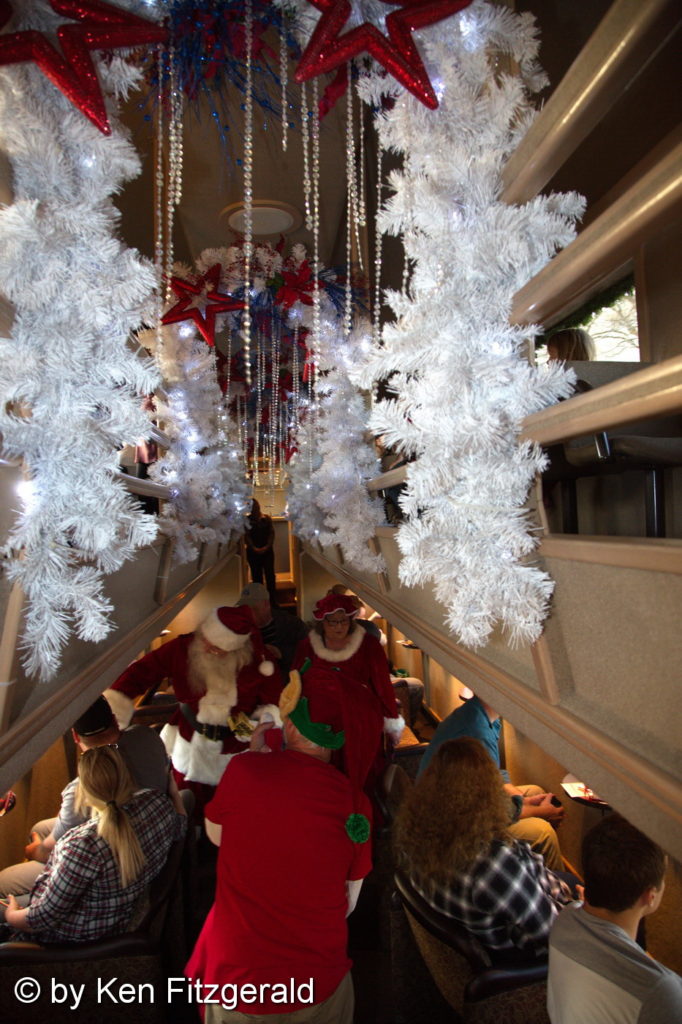 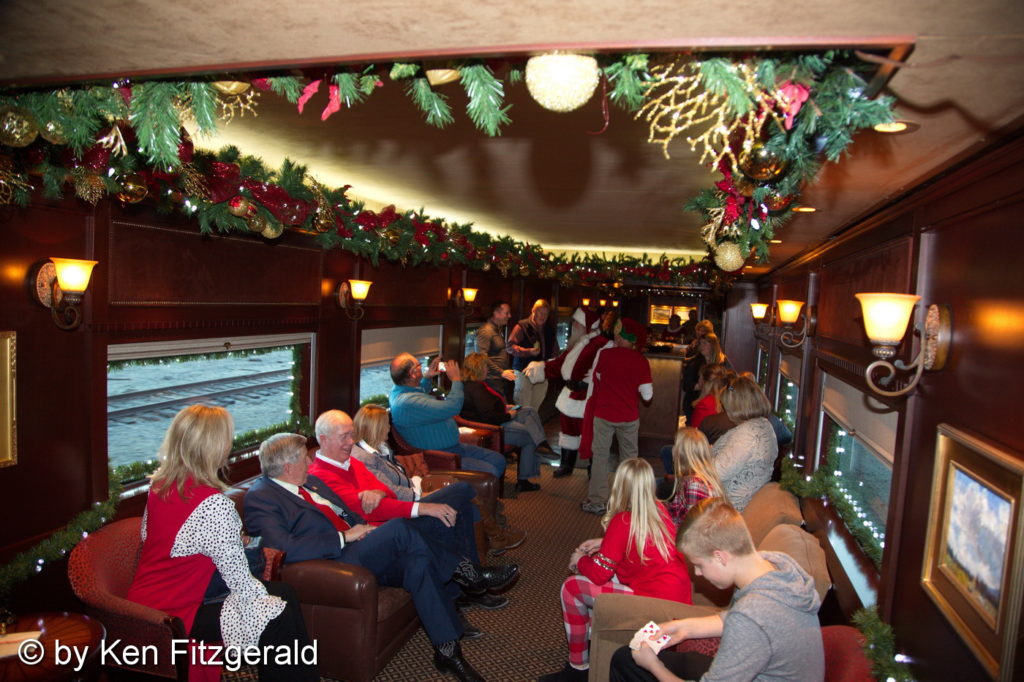 Later that evening the moon is up, the last guests have departed, and shortly we will be leaving for Kansas City. 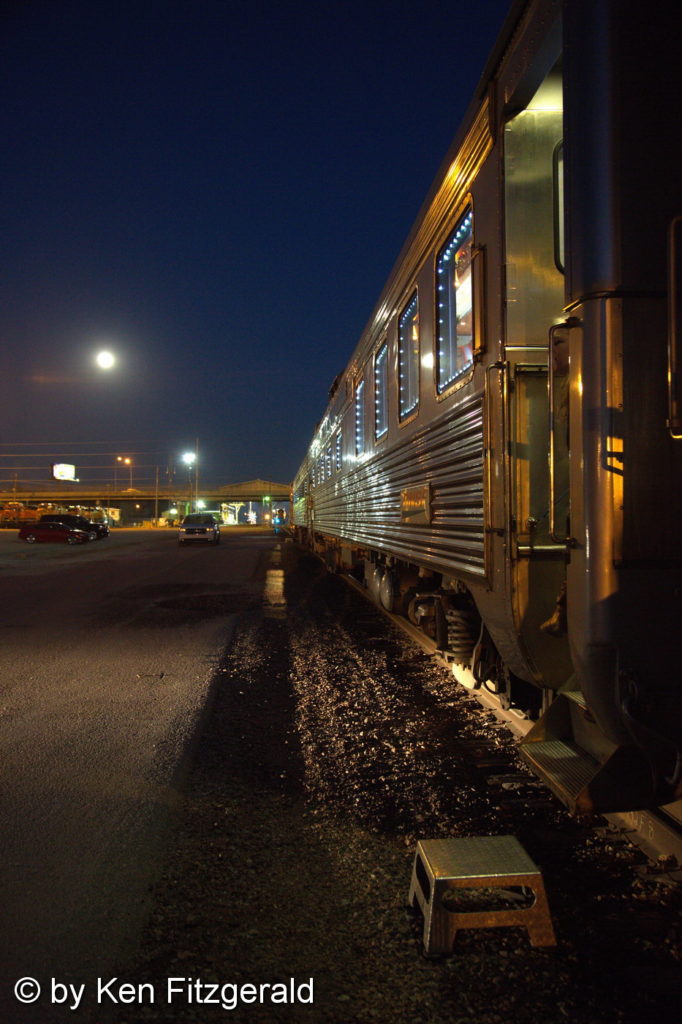 Another “One and Done”