When I woke up on Thursday November 30th I never would have guessed when I went to sleep that night it would be on a passenger train instead of back in my own bed.  I was out in the morning in the Grapevine area photographing the first TEXRail train set. 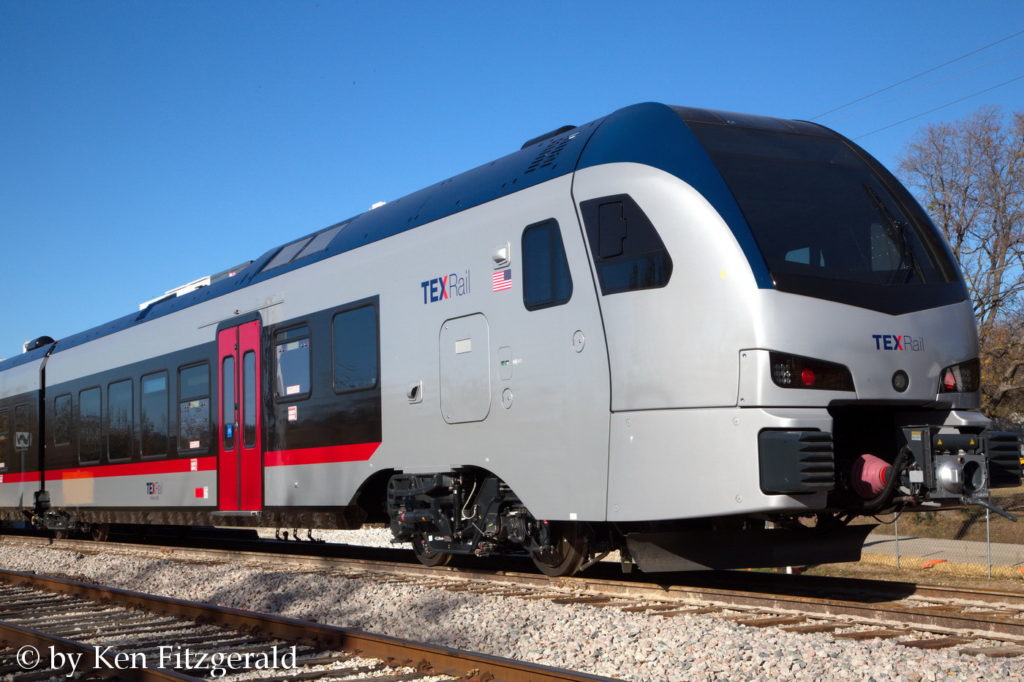 Then the phone rang and BNSF asked if I would ride the 2017 Holiday Express.  I was able to board the train  with about 30 minutes to spare before the 90-minute round trip from the Stockyards on the FWWR to milepost two on the Dublin Sub and back.  The train consisted of a locomotive on each end of eleven cars populated with approximately 350 people on board.   When we got back to the Stockyards there was a ceremony for the presentation of a $10,000 check to the local military support organizations. 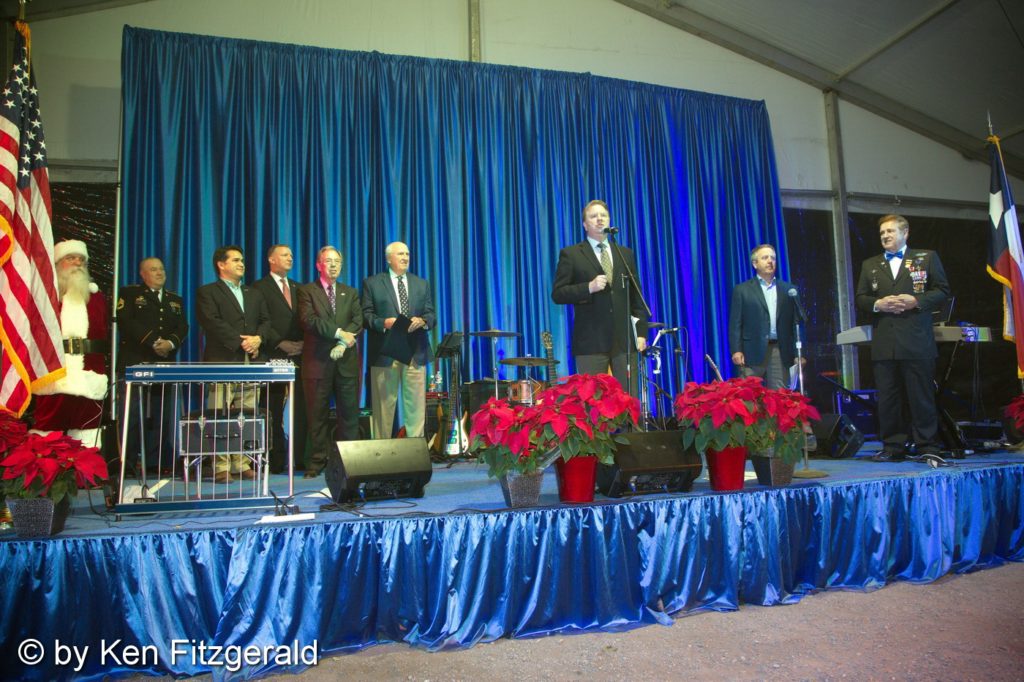 After the ceremony we took more “family with Santa and Mrs. Claus” photos with the train as a background. 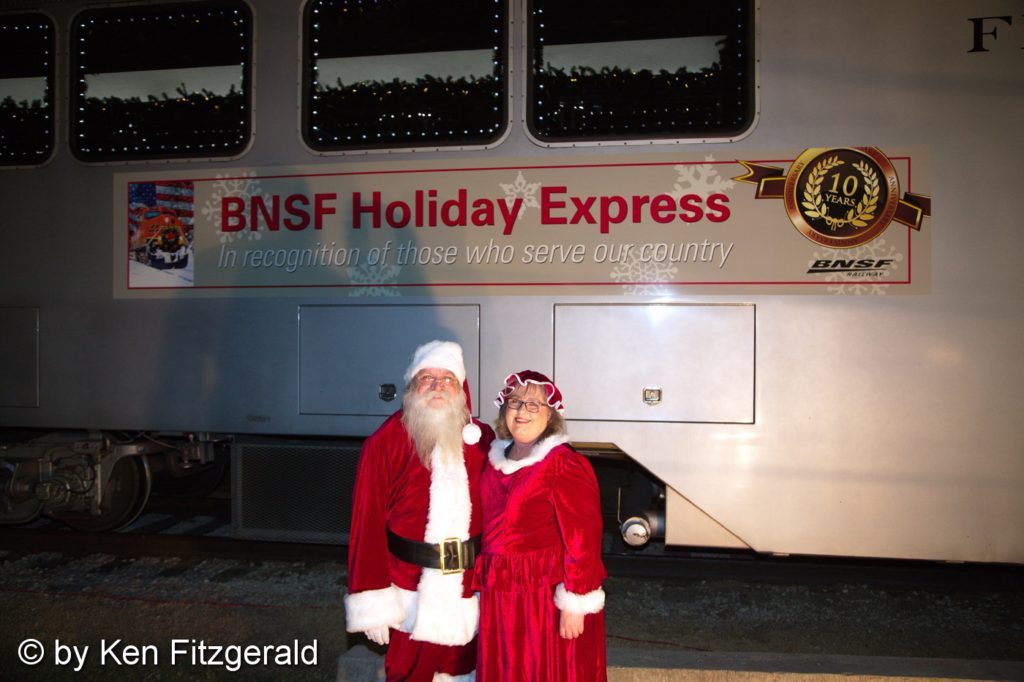 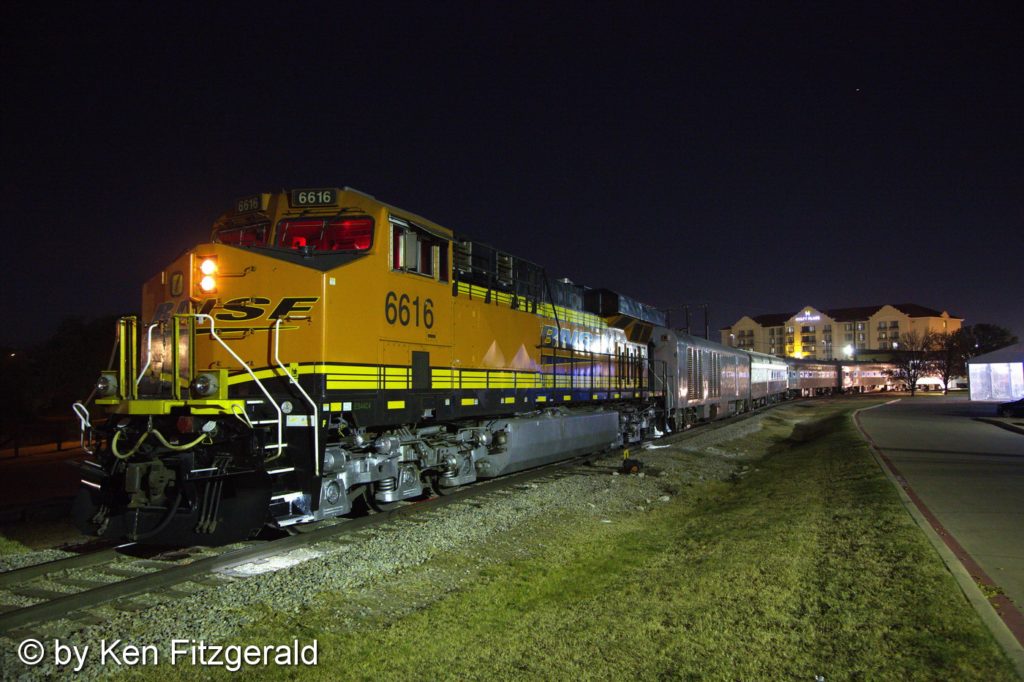 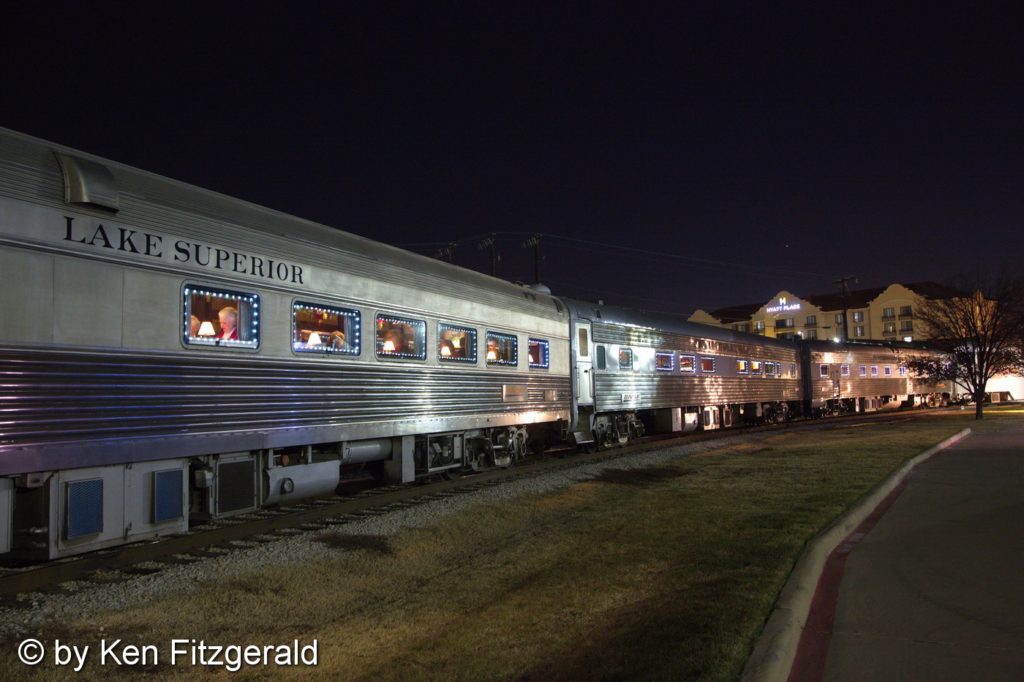 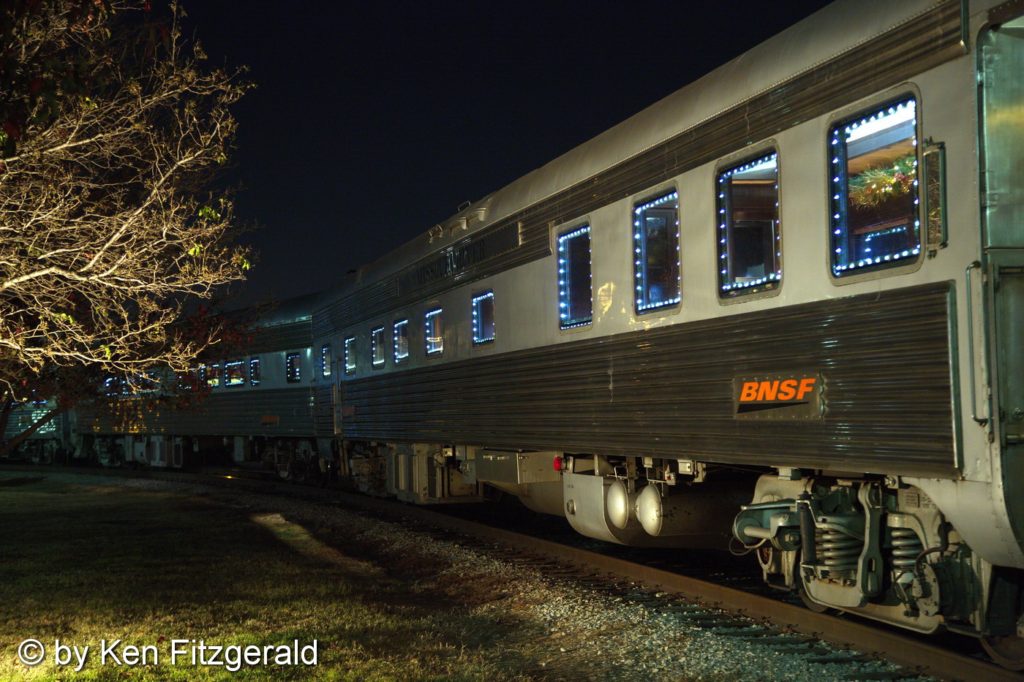 I took one more photo as I made my way back to the rest of the train under the Stockyards train shed. 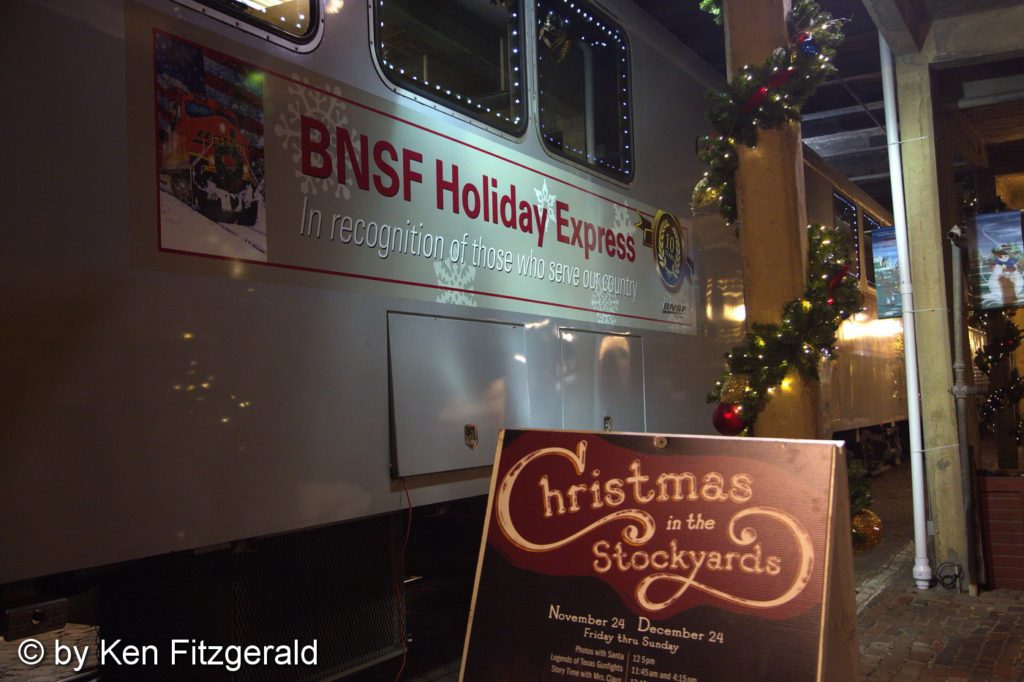 Now it was time to set up the laptop at the conference table in the Red River and process all the photos from RAW to JPG and then reduce them down to Facebook size before uploading them to the BNSF media team.  After the dinner event in the Lake Superior ended the train started moving to BNSF Saginaw Yard where we picked up the four crew cars that had been left behind due to space limitations at the Stockyards.

We left Saginaw a few minutes before midnight on the way to Oklahoma City.  The on board crew helped me move my luggage to a very nice room on the sleeping car Trinchera Pass with a queen size bed and a private bath.  I took a much needed shower and settled into the bed as we were approaching Gainesville.  As we passed through Gainesville around 1:00 am I put my iPhone up against the glass and made this video with the sights and sounds of my new room with a wonderful view.  The night video is best viewed if you use the appropriate button to go to full screen while it plays.

The moon was nearly full so with the room lights out I could see outside pretty well.  I was tired enough that I should have gone right to sleep but this experience was too good to miss.  As we passed through Ardmore, Oklahoma where I graduated from high school I thought back to my early railfan days there and how I never would have dreamed that years later I would be rolling through town on the BNSF executive train.

Here are a few of my photos from Ardmore in the 1970’s as examples.  First is a northbound train with two U25B’s and a GP30 about to do some switching. 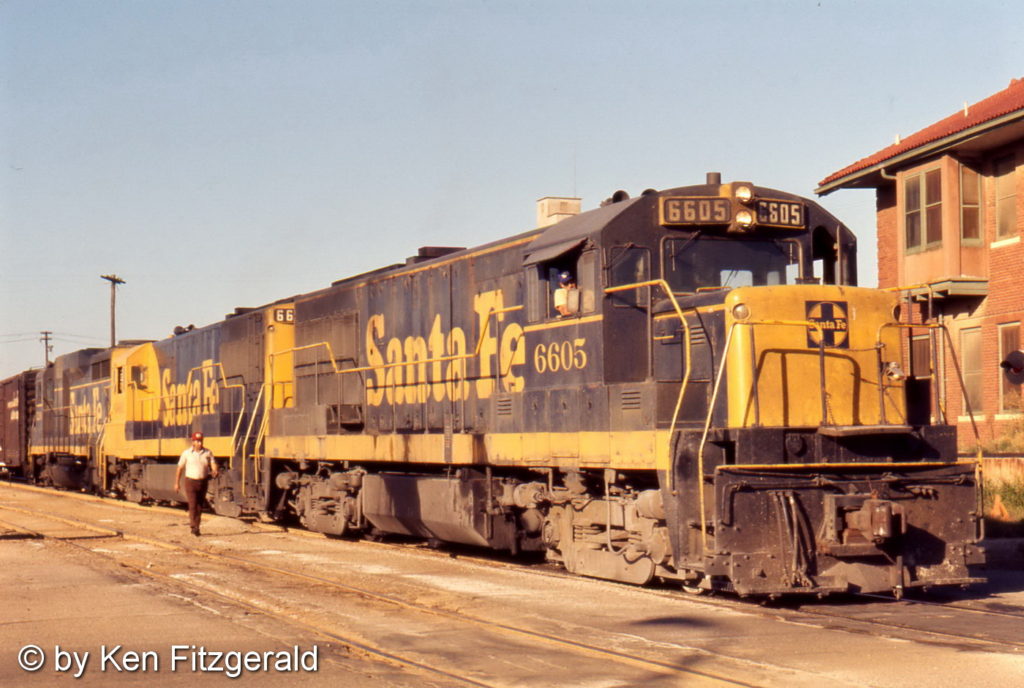 Next is a southbound train rolling past the old freight house with a brace of five new GP38’s. 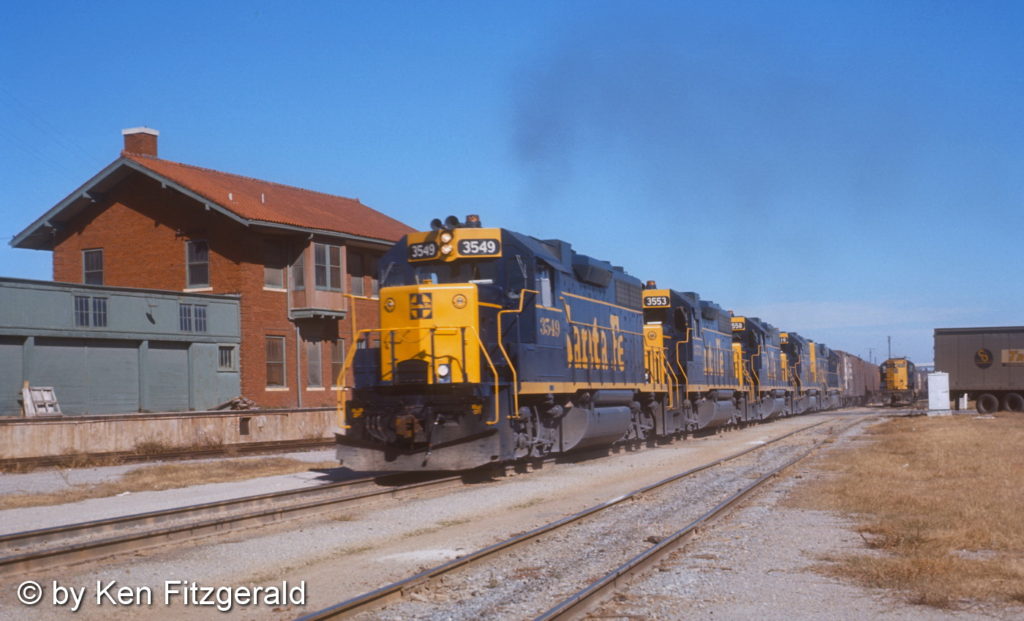 And finally here is a southbound on the freight main powered by a mix of F-units, a CF7 and two GP7’s. 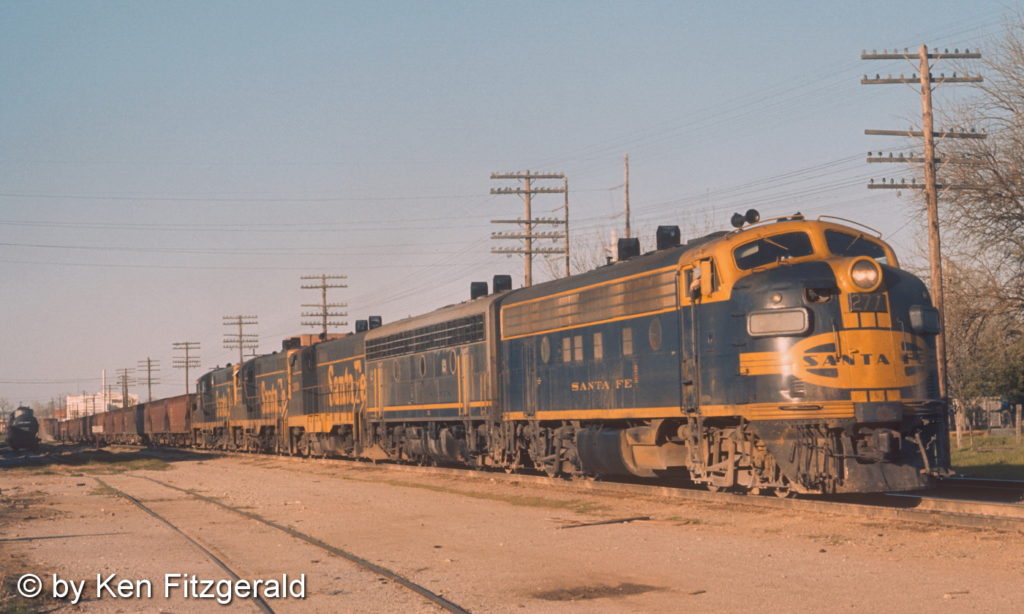 I wanted to stay awake through the Arbuckle Mountains but after Ardmore I started to drift off and would wake up for a minute or two and look out and then drift off again.

Memories from this area include this view of AT&SF #15 the Texas Chief passing Gene Autry. 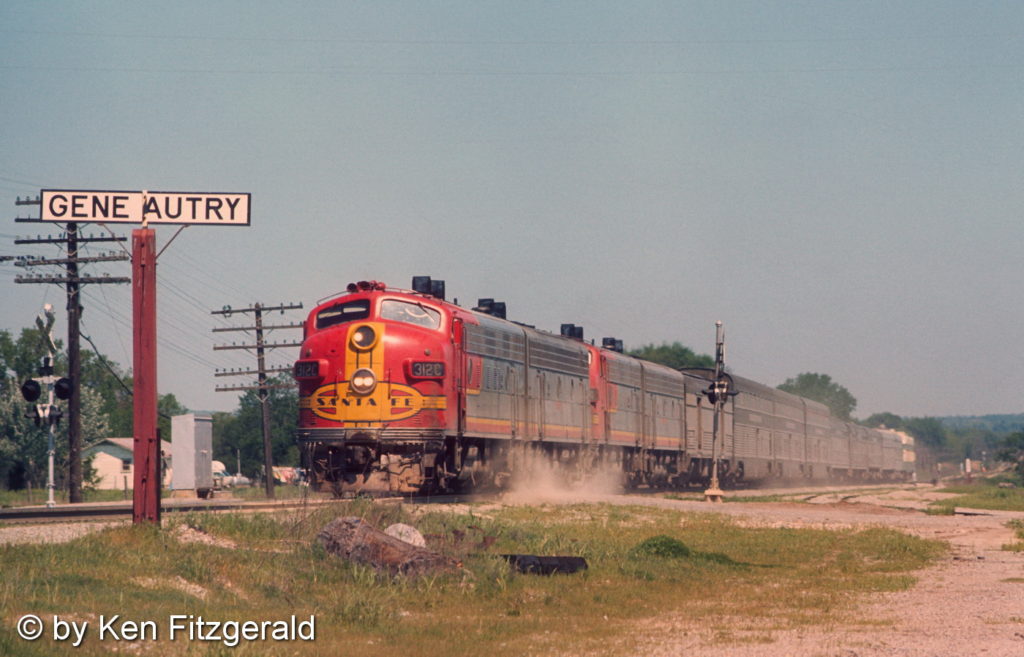 At the old Dolese crusher south of Dougherty here are a northbound and a southbound train respectively. 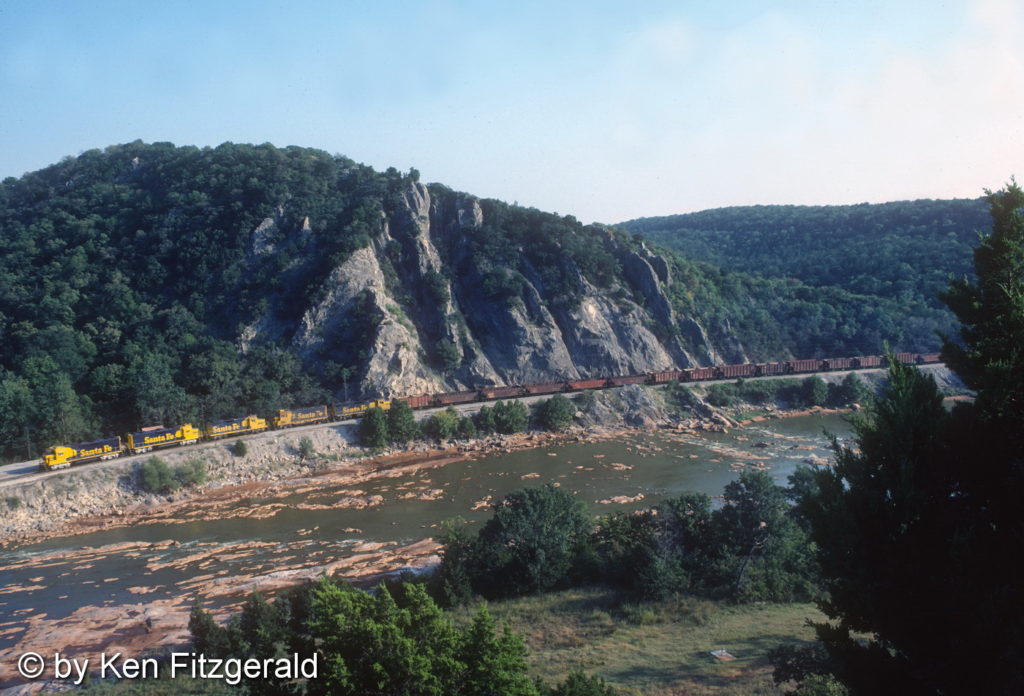 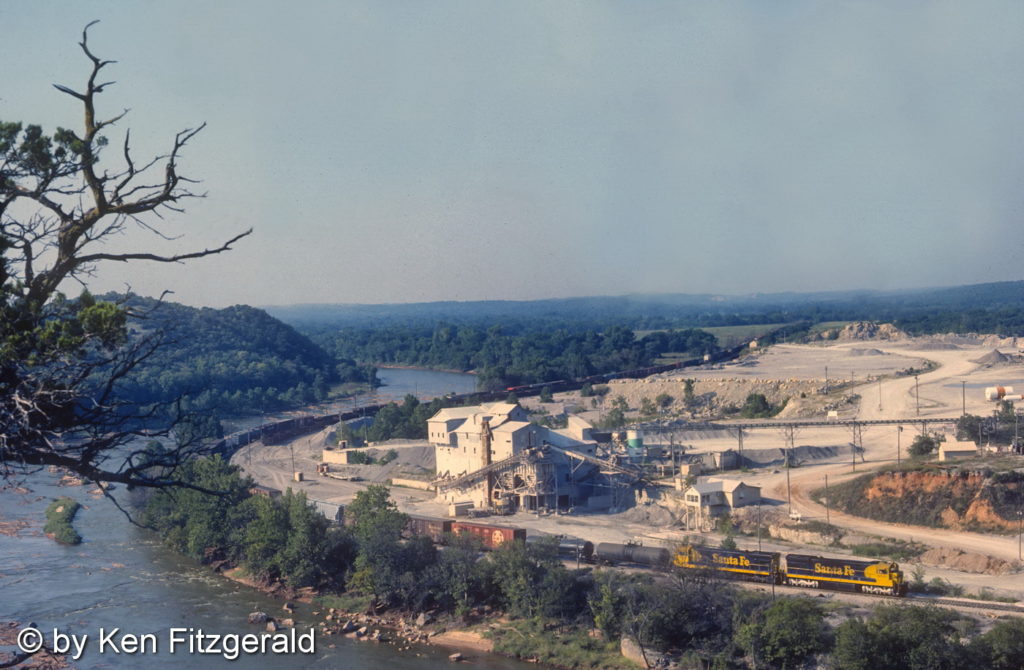 North of Dougherty a southbound freight curves along the Washita River. 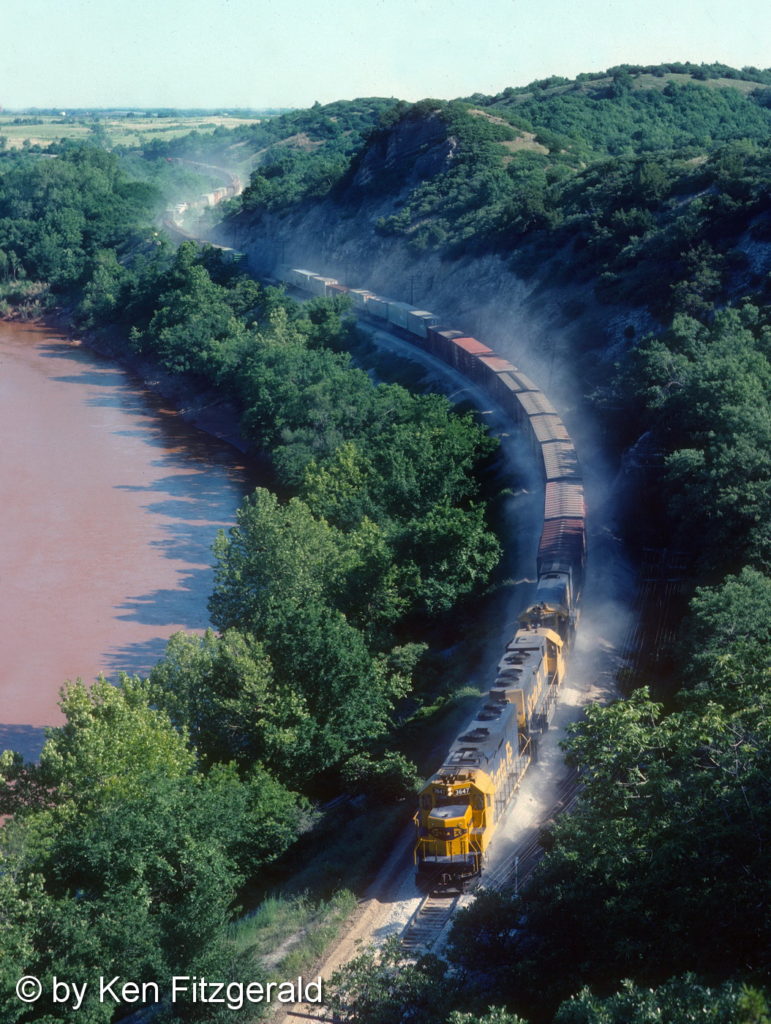 The next thing I knew it was morning and we were parked in Flynn Yard just south of Oklahoma City.  Stay tuned for Part II!