I decided four UP freights in the snow were enough for the morning of Friday the 27th, so when I learned FWWR was running a turn up to Cresson from Dublin I headed that way.  I first caught up to it on the east side of Cresson at the west end of the new yard. 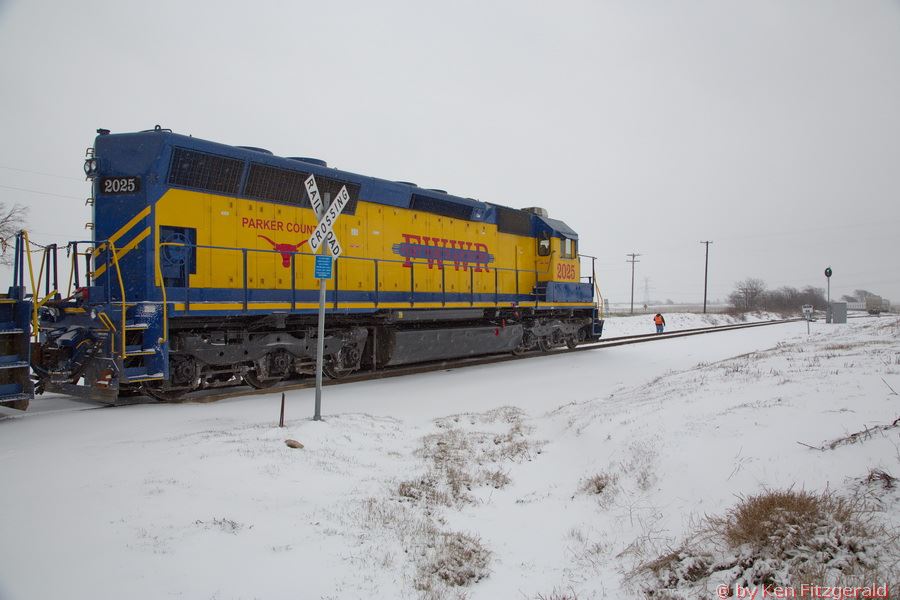 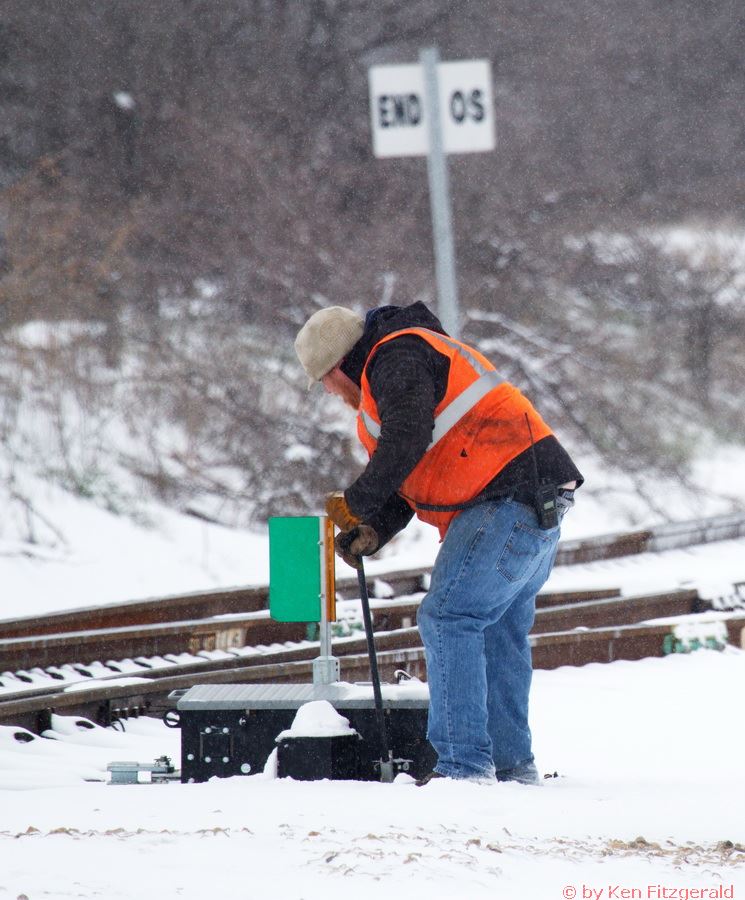 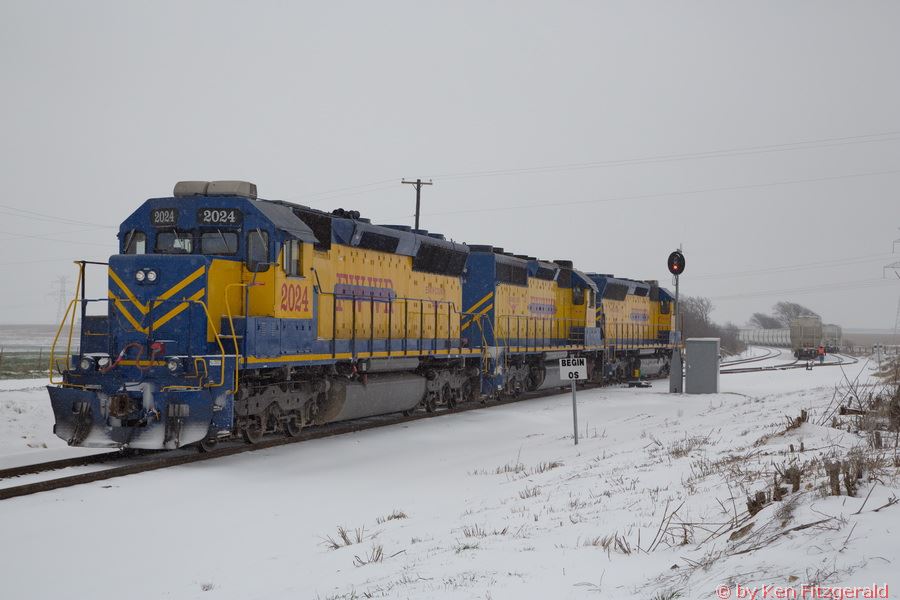 The power was three SD40-2’s (two of them ex-SD45’s), and the crew had been instructed to bring sand loads back to Dublin.  The locomotives coupled up to several cars in the first siding and the engineer changed ends while the conductor released hand brakes. 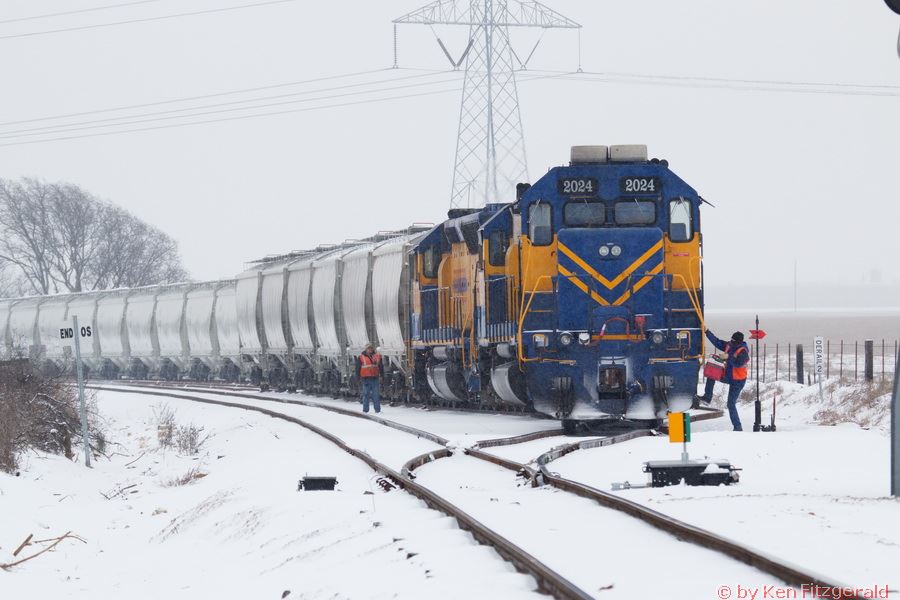 I drove to the east end and soon the train arrived to make a joint with the rest of the cars to take back to Dublin.  You can see the snow fly off the cars as the joint is made. 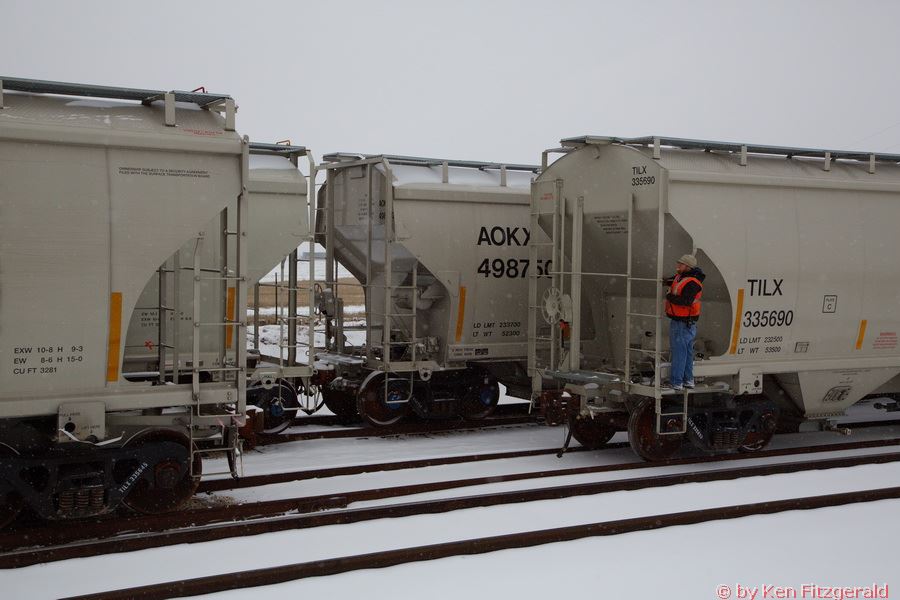 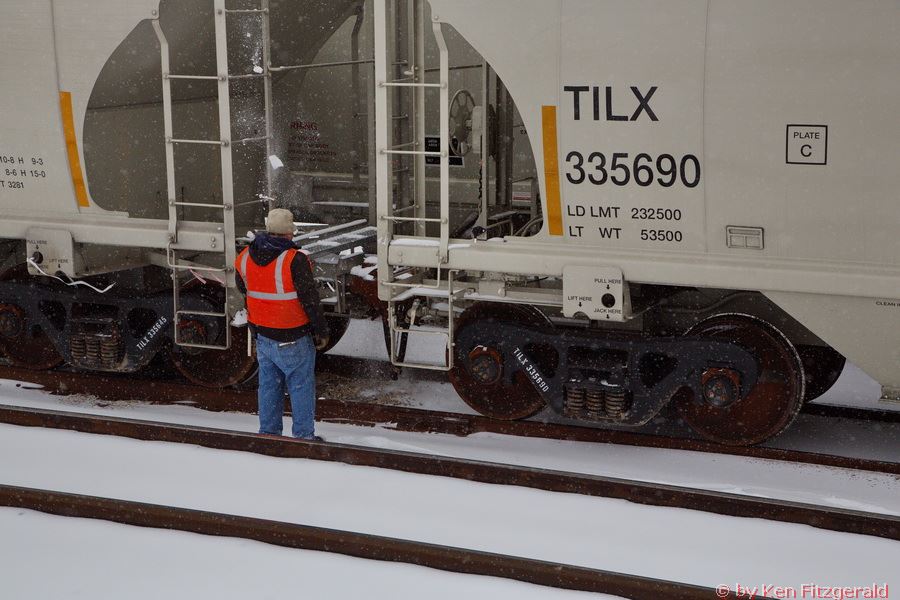 I gave the conductor a lift back to the west end so he could have the switches ready when the train arrived behind us and pulled on out onto the main. 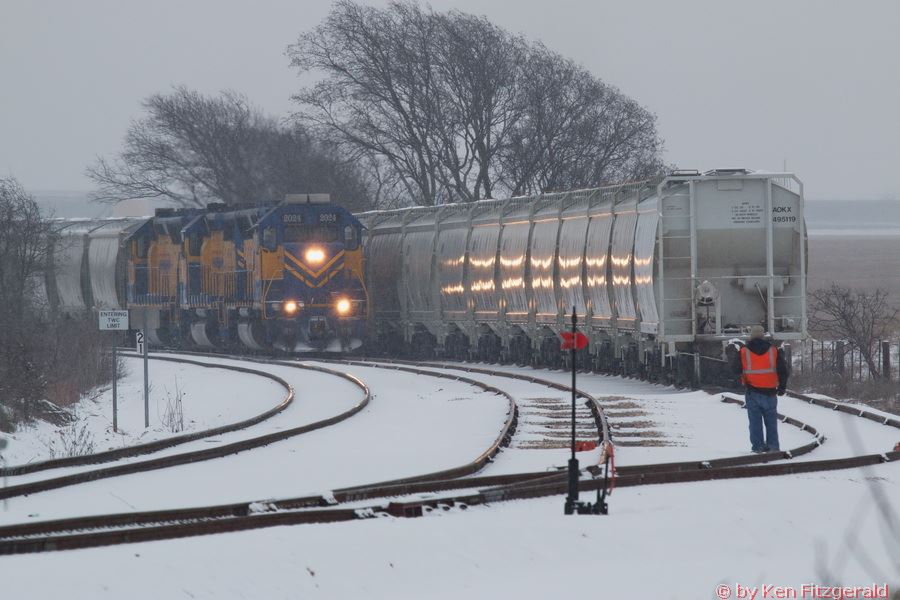 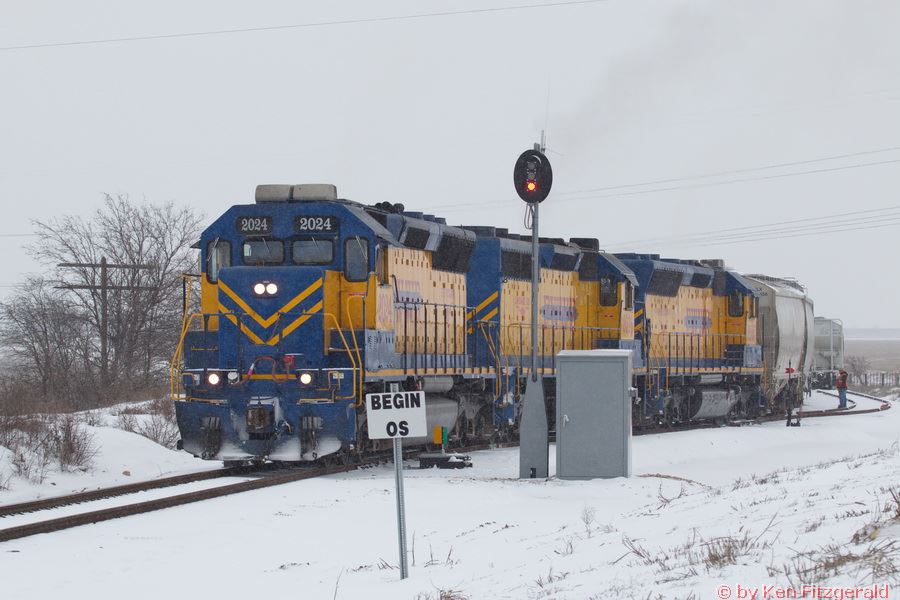 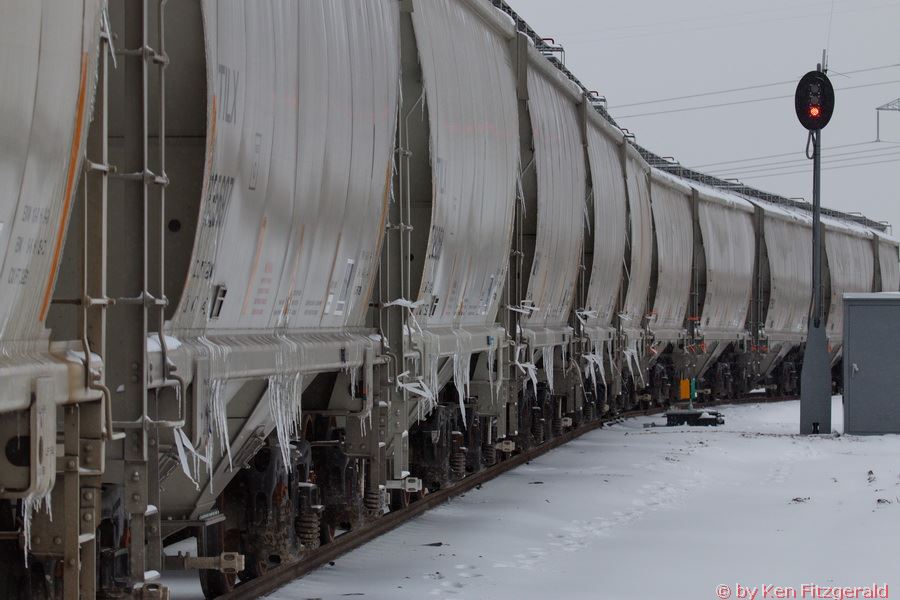 After setting the derails back in place the conductor walked up with the rear end device and put it in place on the last car before testing the connection and air pressure with the engineer via the radio. 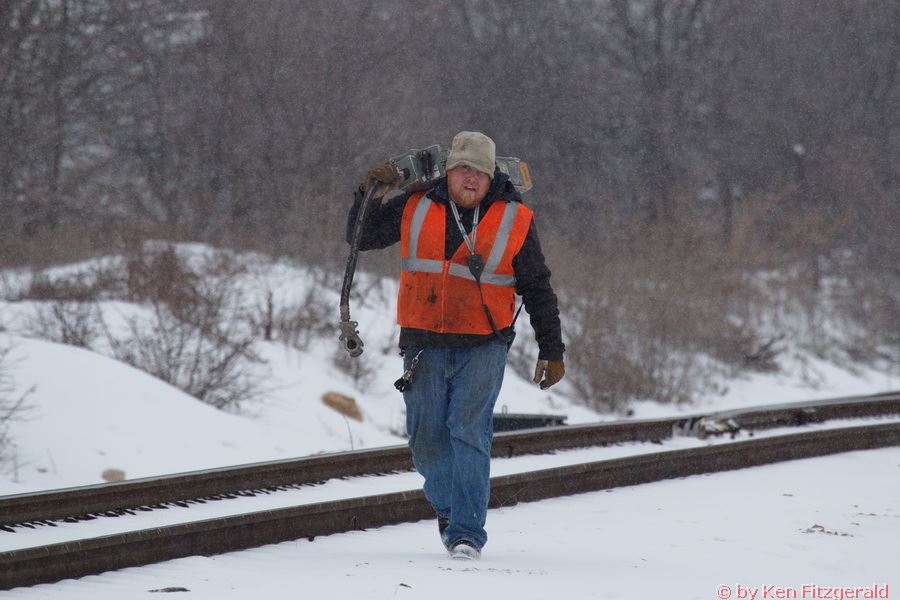 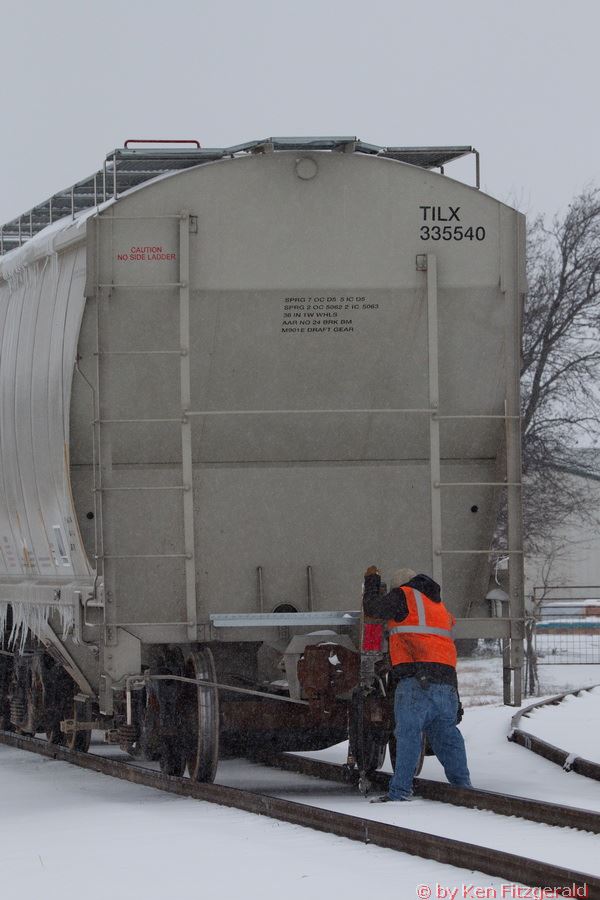 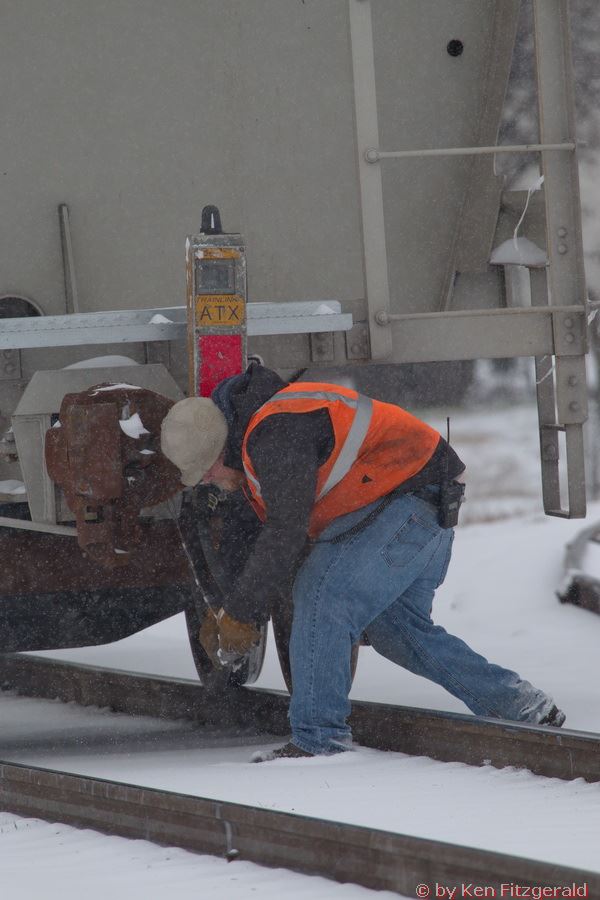 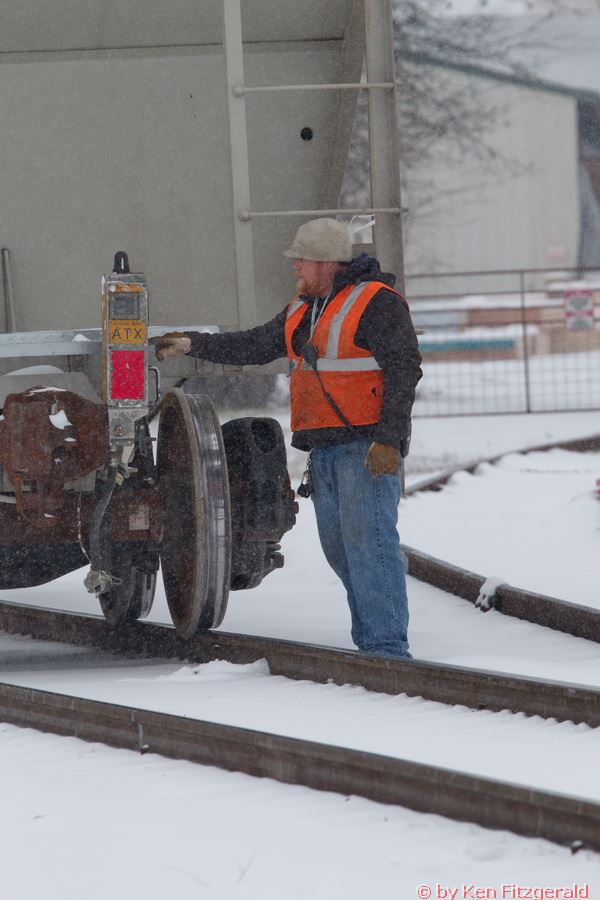 Once the rear end device was verified, the engineer backed the train up so the conductor could perform a visual inspection and get back on the lead locomotive. 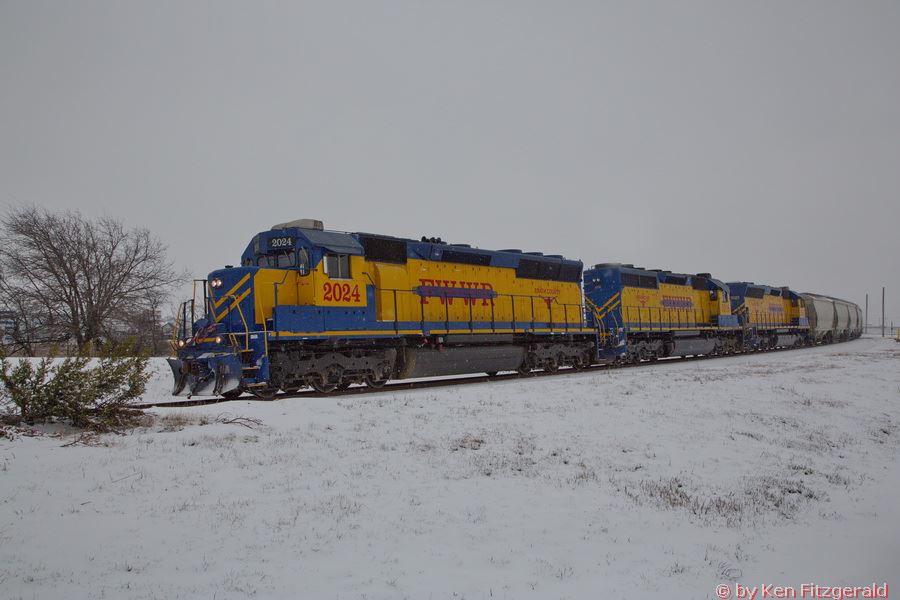 I used this time to drive to the west end of Cresson where highway 171 crosses the tracks and I had a nice side view of the train leaving town for Dublin. 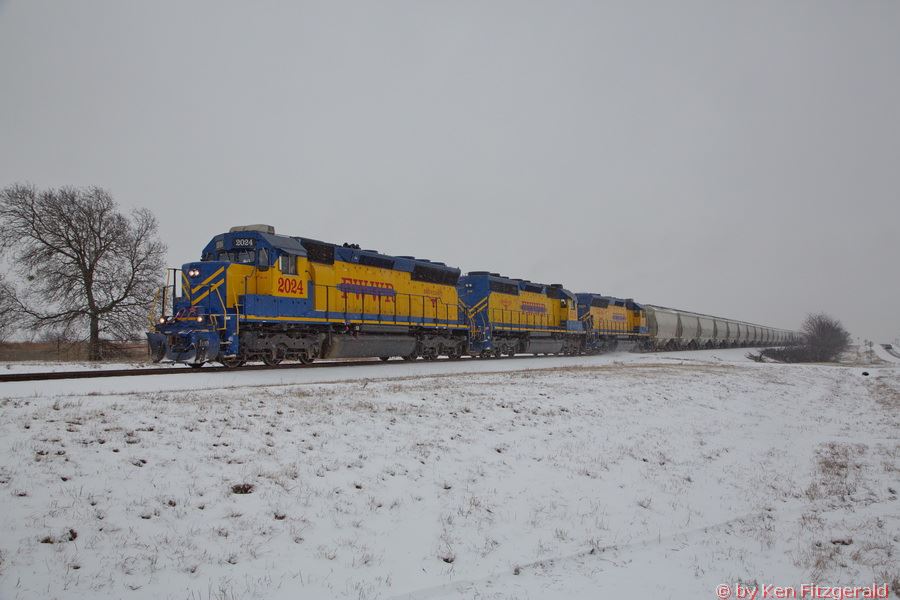 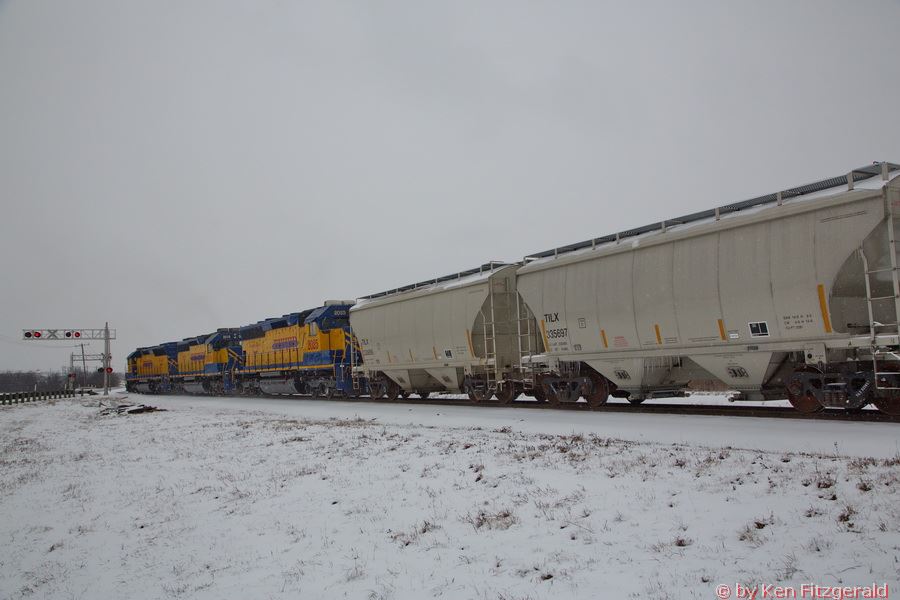 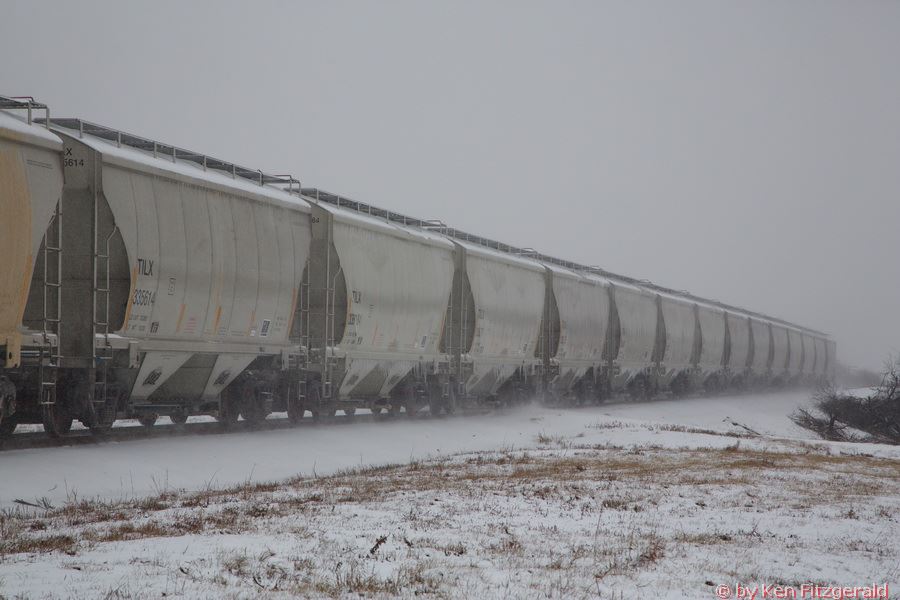 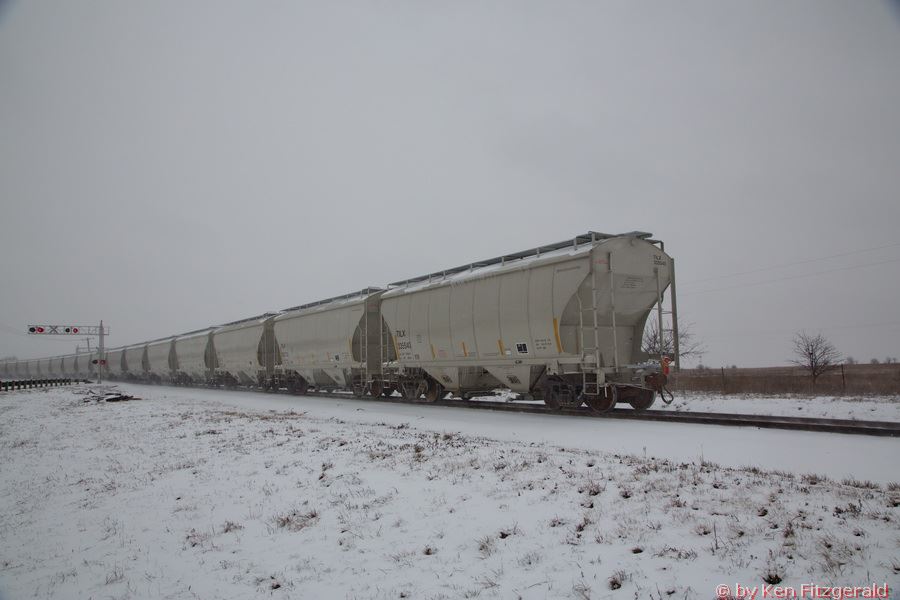 I decided it was a good time to call it quits for the day and made my way back home without incident.

One and Done on Friday