On Saturday February 28th I left the house and made my way over to Winscott Plover Road just west of Mustang Creek where I caught a westbound train on the FWWR with KCS power. 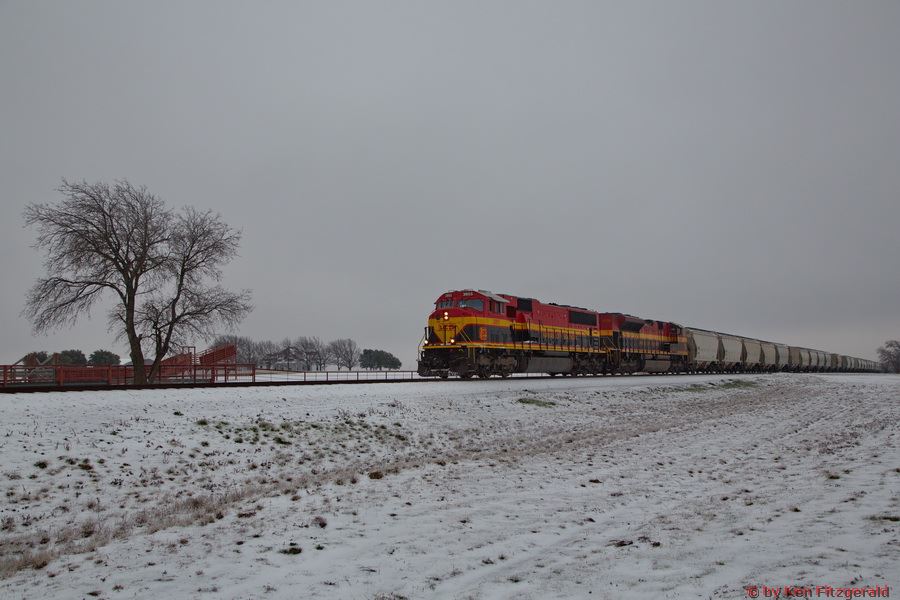 As the ascending grade robbed the train of its initial  speed I overtook it for another shot just before the road crosses the tracks. 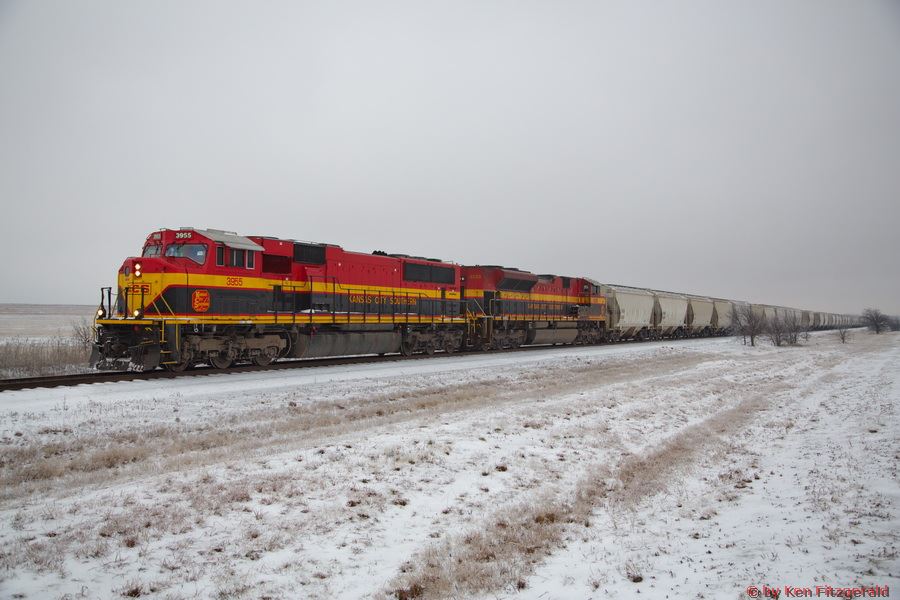 I stopped for a shot across from the local lumber company. 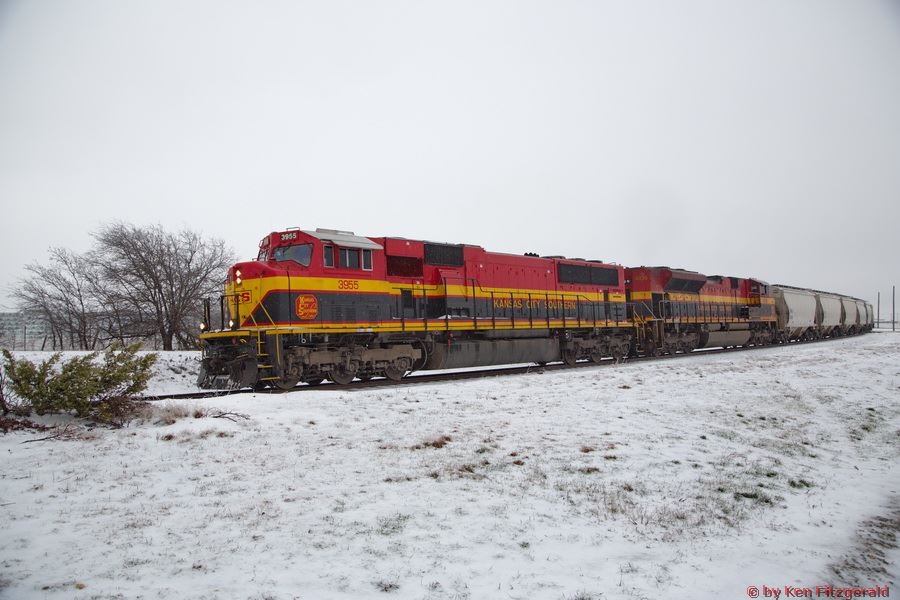 Compared to other shots around the country, my “train busting snow bank” shot amounted to an underwhelming one inch of buildup. 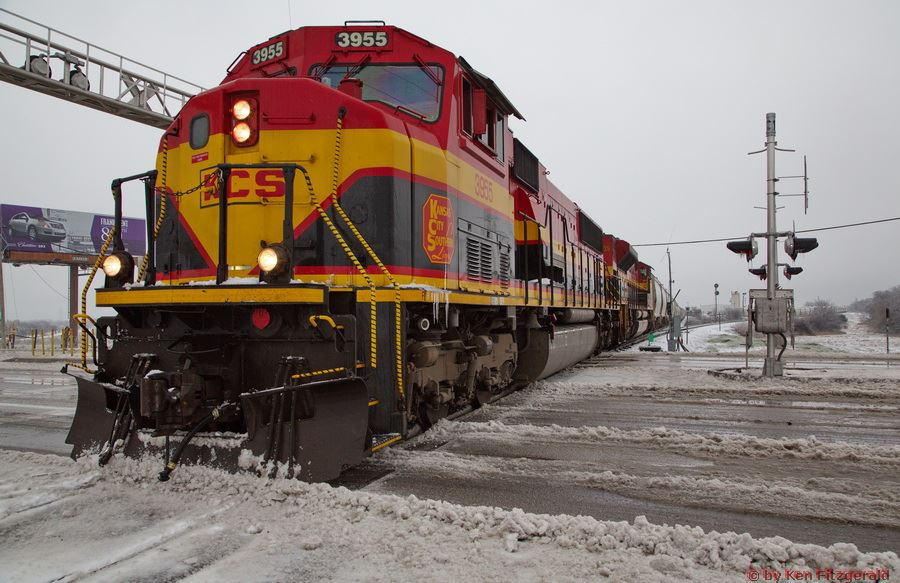 The train led by SD70MAC 3955 and an SD70ACe put on a good show leaving town and starting down the long grade into Waples and Granbury.  The two General Electric DPU’s were transitioning into dynamic braking as they went by. 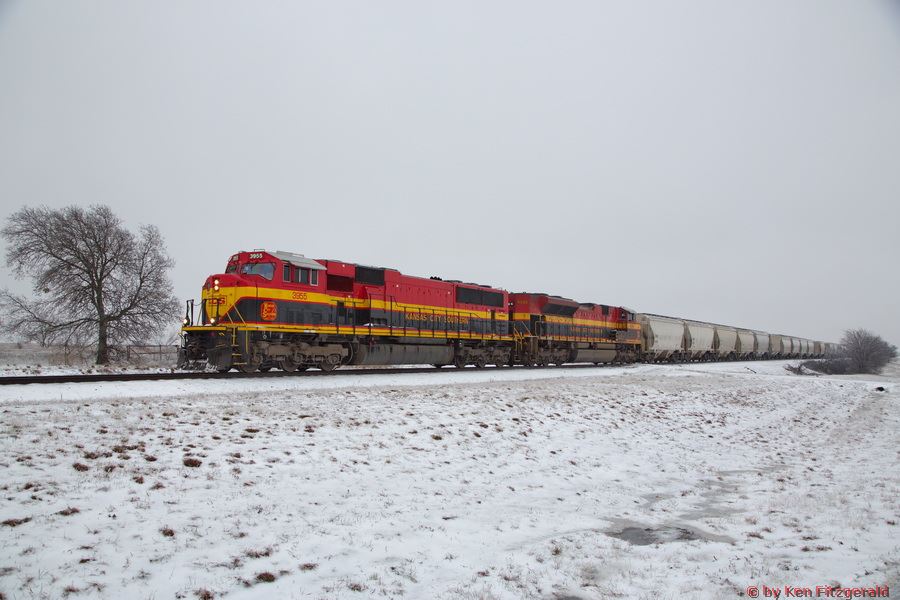 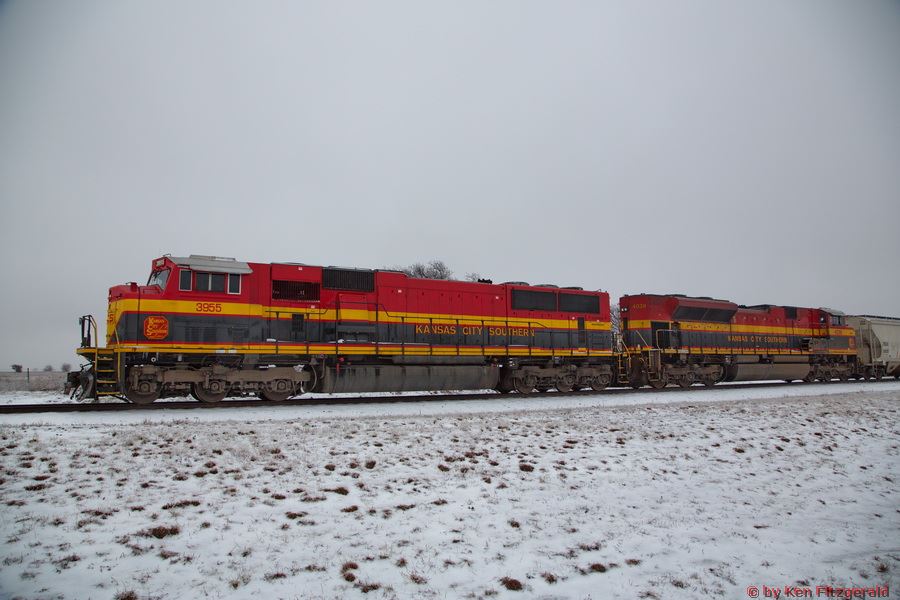 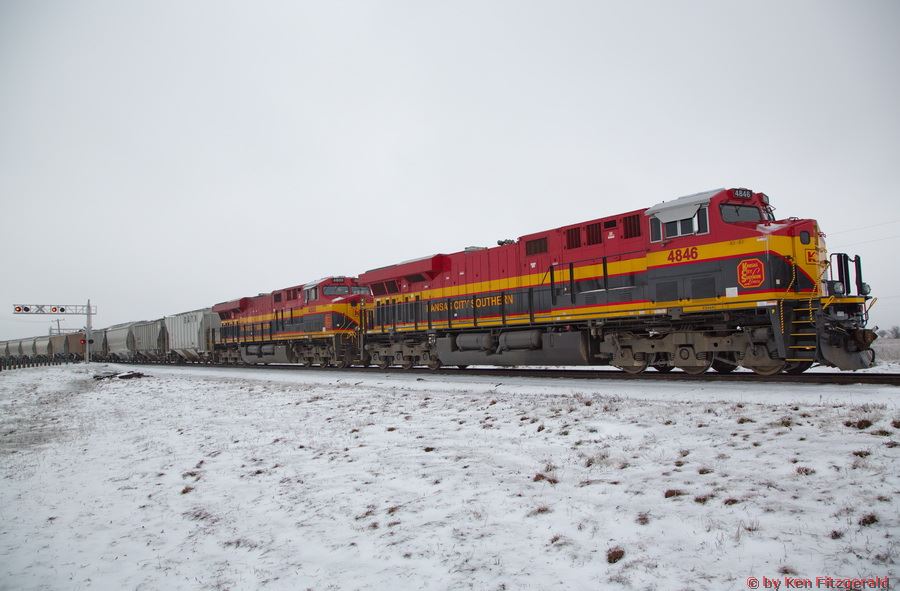 Mission accomplished, it was once again time to head for home on the slick roads.

Summit of the Pass

Worth Getting Out For