Friday March 7th was a long day at work.  On the way home along the UP Baird Sub I heard the BNSF 734 East on the radio passing Iona six miles west, and I decided to try for a photo.  I pulled into the parking lot at Z. Boaz Park where Winscott Road crosses the tracks and walked across the soccer field just as the sun was setting.  A few minutes passed and then the crossing protection started up.  I could not remember how the BNSF 734 was painted, and I was glad to see a few seconds later that it was still in its warbonnet scheme as delivered.  This was one of the BNSF trackage rights trains from Lubbock via the UP from Sweetwater to Fort Worth. 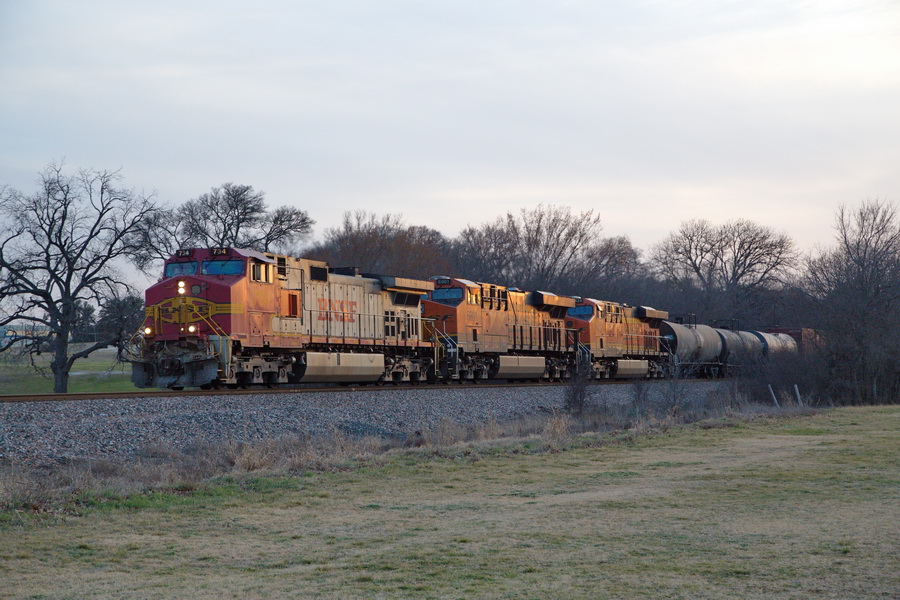 It was quite a contrast to the two much newer GE’s trailing behind.  I watched the long manifest train roll by as I walked back to the car, now much more relaxed than when I had left the office.  Now I was ready to start the weekend!

Missed it by that much……

NS Heritage in the Rain